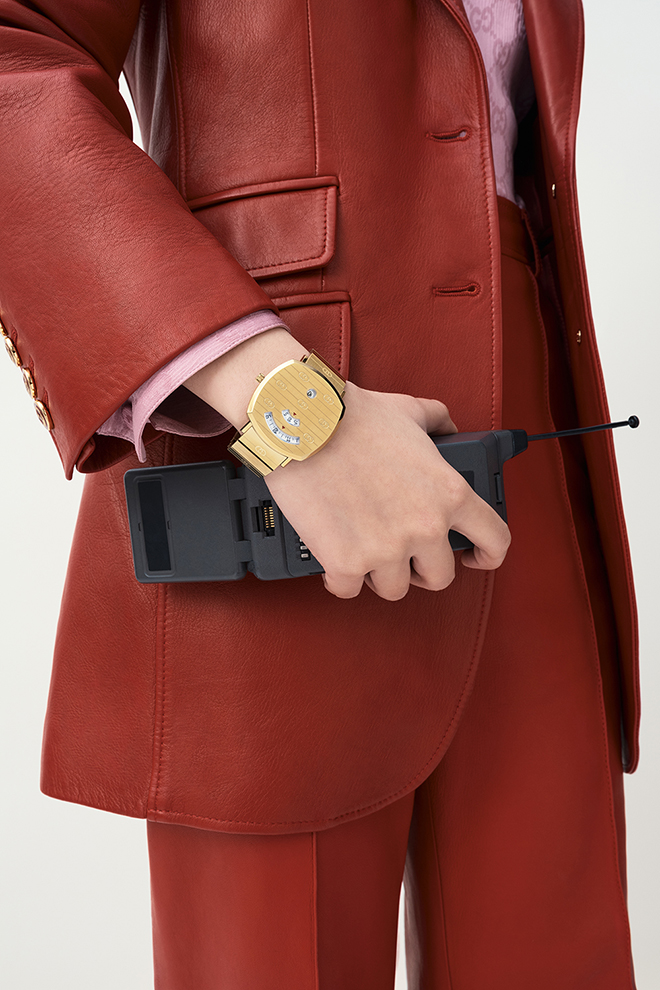 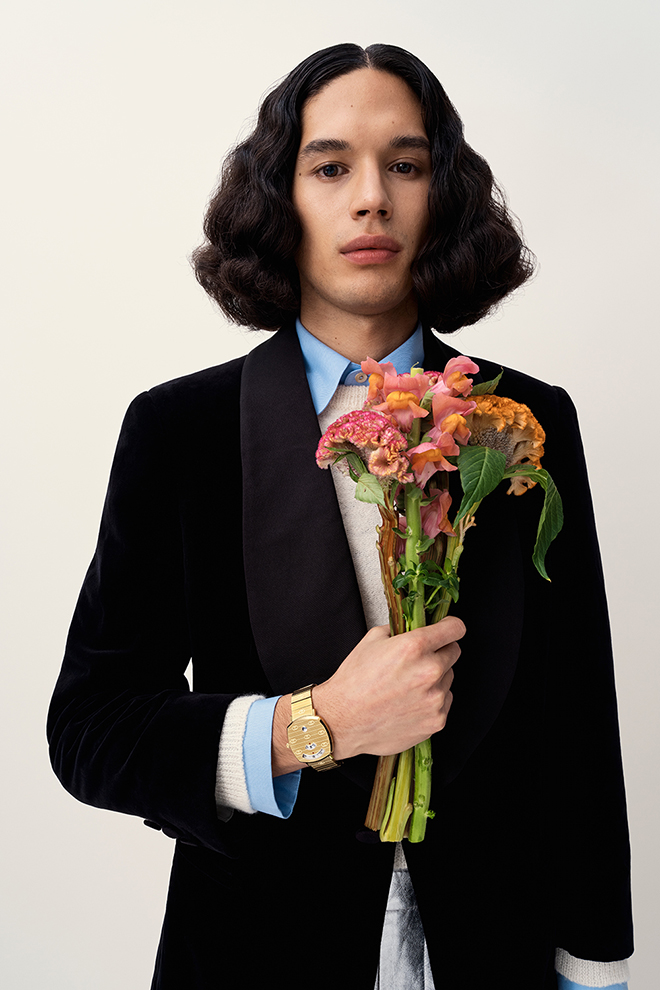 Much like its predecessors, the all-new Gucci Grip features a logo-engraved face, inspired by the grip tape skaters use on their decks to keep from slipping, and blends timeless appeal with a highly contemporary style to create a timepiece which grips the wrist firmly. Featuring a similar rounded square case with three windows, in which three white rotating disks indicate the hour, minute, and date respectively, the newest editions include a yellow gold PVD case and yellow gold PVD bracelet, both engraved with Gucci’s signature Interlocking G logo, alongside a separate pure steel model for increased modernity. 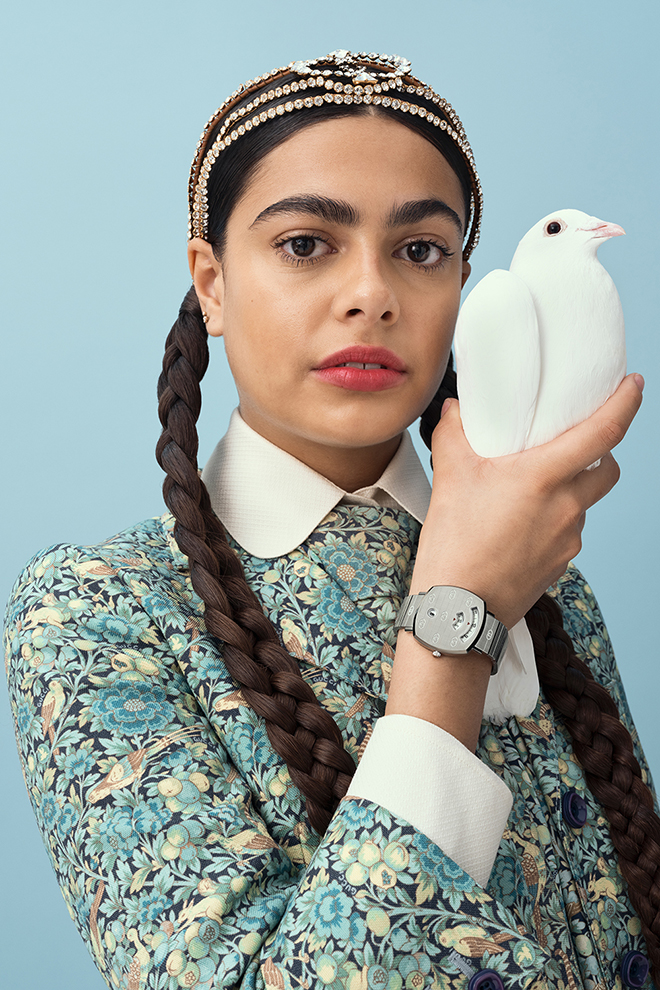 Other variations include an ultra-luxurious Grip watch with green-colored calf leather straps and a steel case, alongside never-before-seen 38 and 40mm chronograph Grip timepiece, complete with a tachymeter which enables the wearer to measure the time it takes to cover one kilometer and two windows on the dial to indicate the hour and minute. Finished in black rubber, the 40mm Grip is adorned by an Interlocking G symbol and a red dot which moves around the edge of the dial to form the chronograph function, whilst the 38mm Grip features a gray PVD case and bracelet, both engraved with the GG logo. Characterized by its streamlined, vintage-shaped dial, three windows in which black disks indicate the hour, minute, and date; and a dark metal coating, the 38mm Grip watch boasts an elegant titanium effect from every angle. 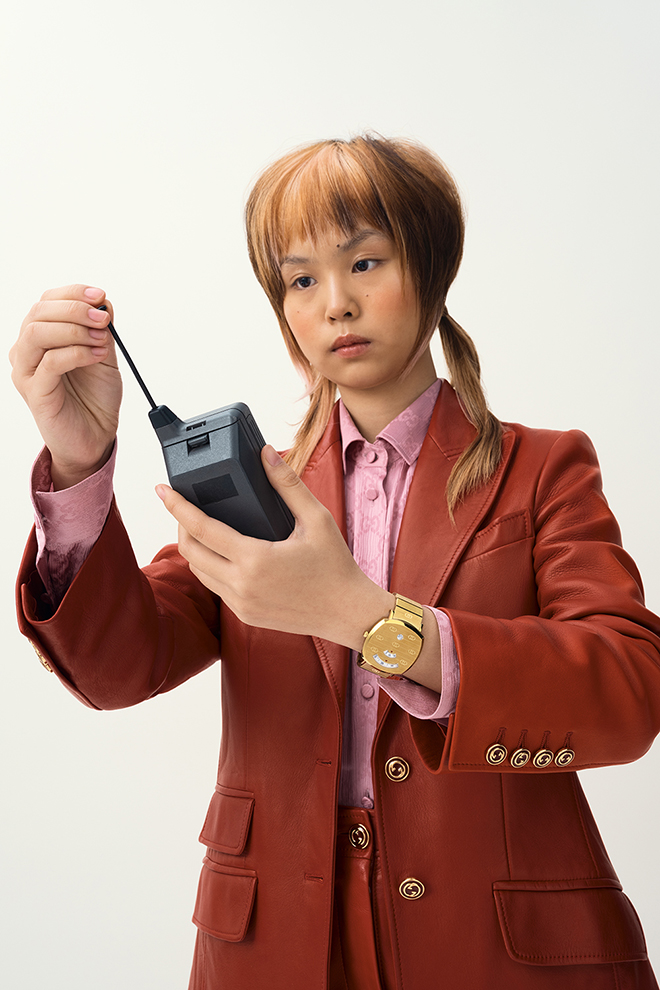 Worth anywhere from USD $1,530 to USD $1,850, the all-new and improved Gucci Grip range is now available online at the official Gucci website.