Viktor & Rolf team up with Swarovski 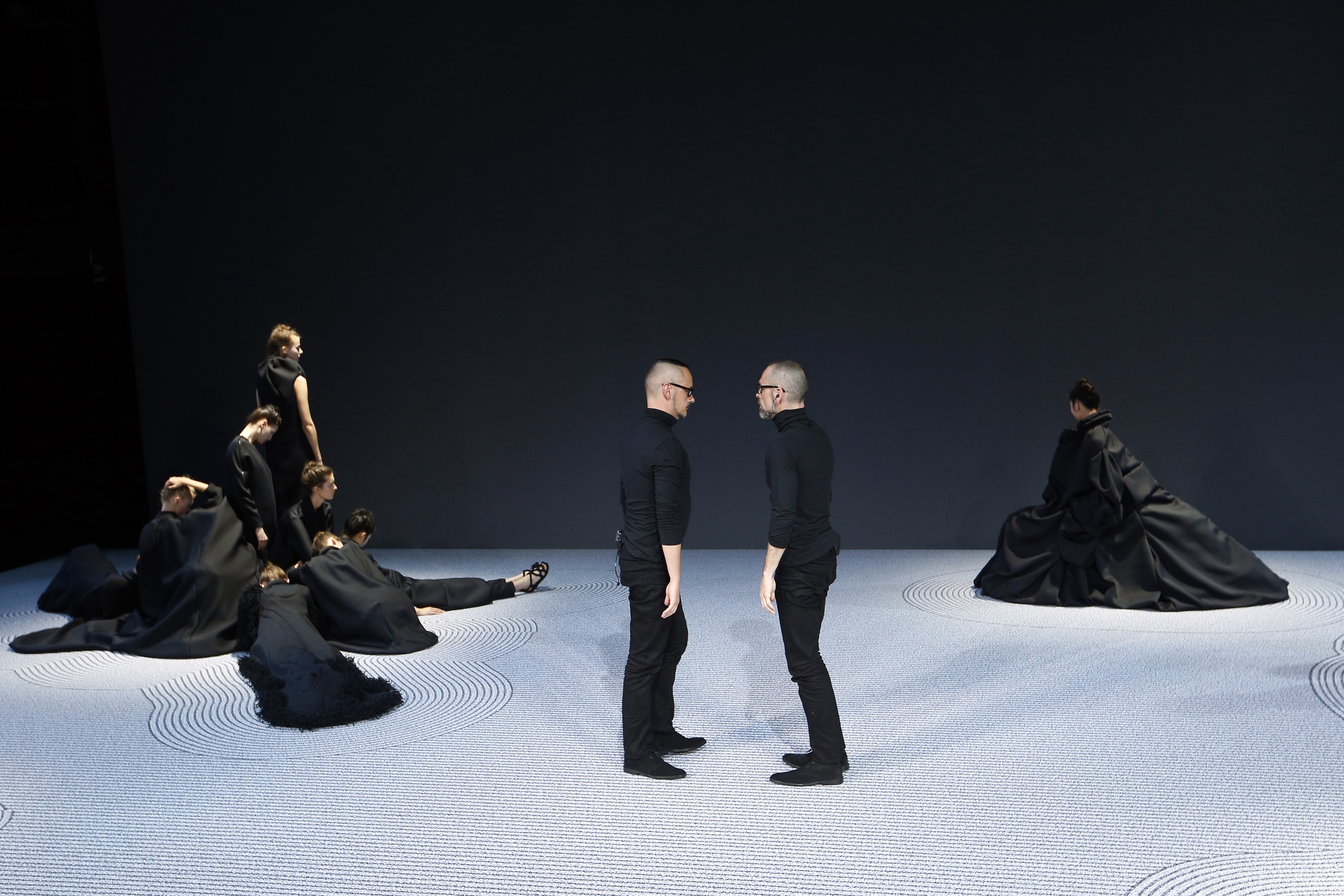 Unveiled during their show last week in Paris, ‘Velvet Rock’ does exactly what it says on the tin – features Swarovski’s famous stones coated with flock.

It’s something of a first, a textural experimentation playing with sparkling crystal and velvet which is also a nod to Viktor & Rolf’s new Paris flagship (which is covered in gray felt). The line features earrings, cuffs, chokers and rings which were apparently inspired by the style of American indie singer Joan As Police Woman.

“You will need a sense of humor and irony” to wear it Horsting told WWD.