Bulgari lights up for Christmas with dazzling Serpentis and Divas

Bulgari decorates its major boutiques with dazzling Christmas lights in shapes of Serpenti and Diva jewelry. 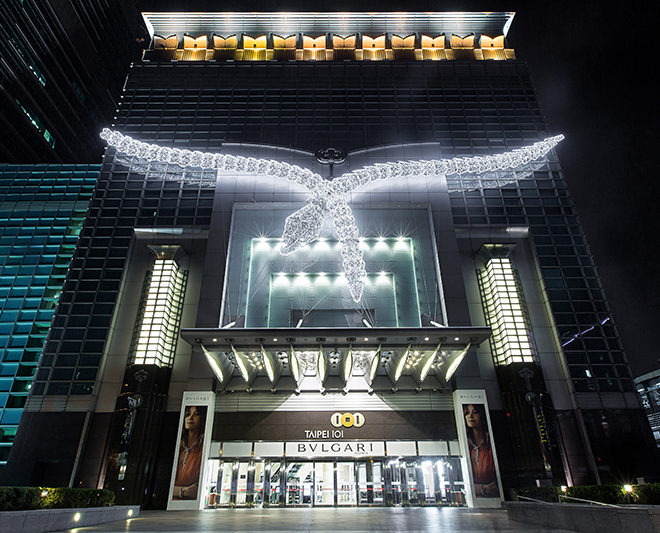 For the fourth year running, Bulgari is brightening up some of its most flagship boutiques with dazzling Christmas lights in the shape of its iconic Serpenti and Diva jewelry.

Represented by thousands of LED lights – entirely hand-made in the spirit of the brand’s values – the festive decorations can be seen in its boutiques all around the world including Paris, New York, Chengdu, Tokyo and Hong Kong.

Despite the extravagant display of magnificence and luxury, each and every display made by Bulgari has been obtained in an ecologically responsible manner.

Amongst the many displays made, one of the most prominent ones is the Chengdu display, which took 60 days to create and 4 days to set-up. The lights boast 94.828 individual lights and measures over 13 meters tall.

Bulgari has also extended its aesthetics to the window displays to all of its 300 boutiques worldwide, which feature brilliant constellations that reflect three of Bulgari’s most prominent collections – Diva, Serpenti and B.zero1. 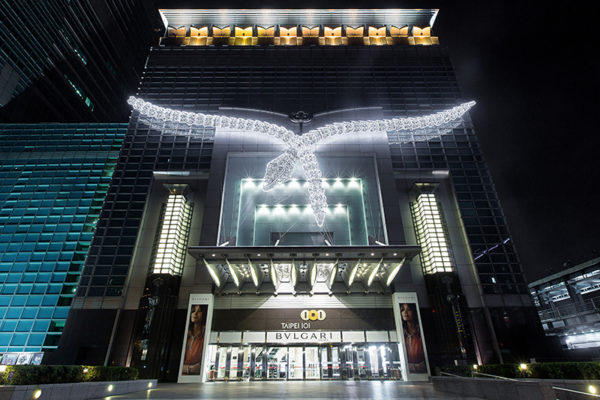 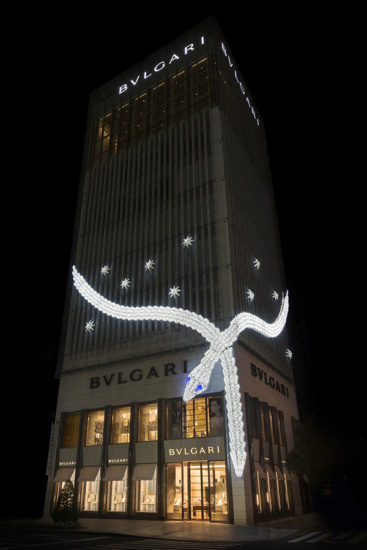 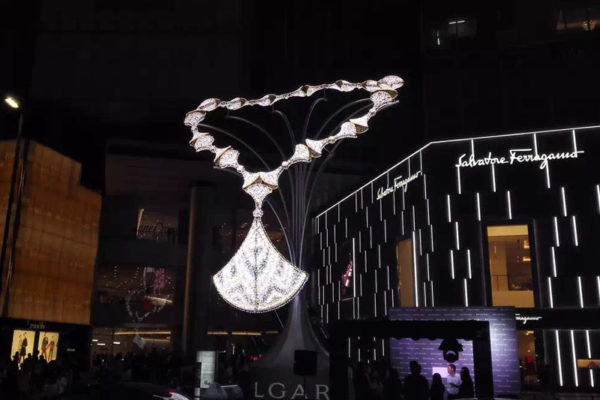