The rare and stunning Blue Moon diamond is set to sell at auction with an estimated worth of around $55 million. 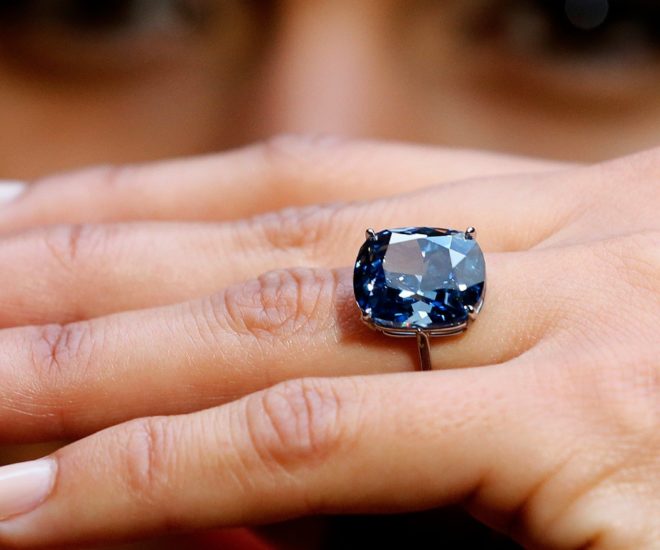 A blue diamond weighing 12.03 carats could sell for a record $55 million when it goes up for auction in November, Sotheby’s said Thursday.

The Blue Moon diamond, discovered in South Africa in January last year, will be exhibited in Hong Kong, London and New York before its likely purchase at auction in Geneva on November 11.

“The Blue Moon diamond is a simply sensational stone of perfect colour and purity,” David Bennett, who heads Sotheby’s international jewellery division, said in a statement.

He added that the immense hype which followed the stone’s discovery “has now been proven to have been totally justified.”

The Gemological Institute of America previously declared the Blue Moon to be “internally flawless”.

Categorised as a fancy vivid blue diamond, the Blue Moon is the largest cushion-shaped stone in that category to ever appear at auction.

Sotheby’s put its estimated sale price between $35-$55 million which, at the higher end, would mark a record for any diamond sale.

The record sale for a blue diamond so far came in November last year, when a 9.75 carats fetched $32.6 million at an auction in New York.