Virgil Abloh and Lucien Clarke Take Over Fashion, One Skateboard At a Time 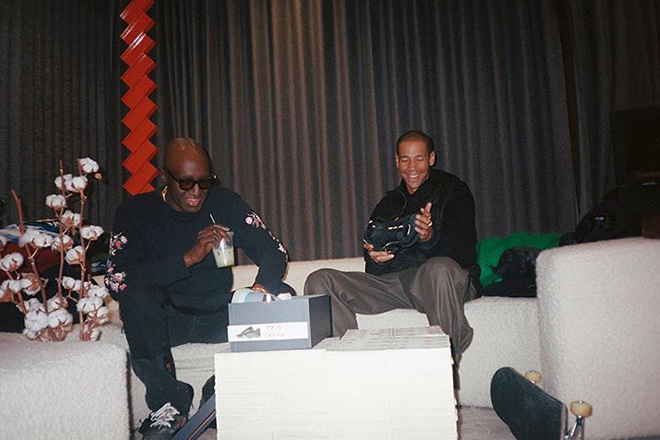 Two trailblazers in their own right, team up for the first time in history as Louis Vuitton signs a deal with monumental skateboarder, Lucien Clarke. While deemed the first of its kind, the deal represents more than sneakers, as paradigms in our daily lives continue to shift, most obviously in the type of rebellious, anti-establishment music, and fashion, the masses consume.

Virgil Abloh and Lucien Clarke Take Over Fashion, One Skateboard At a Time 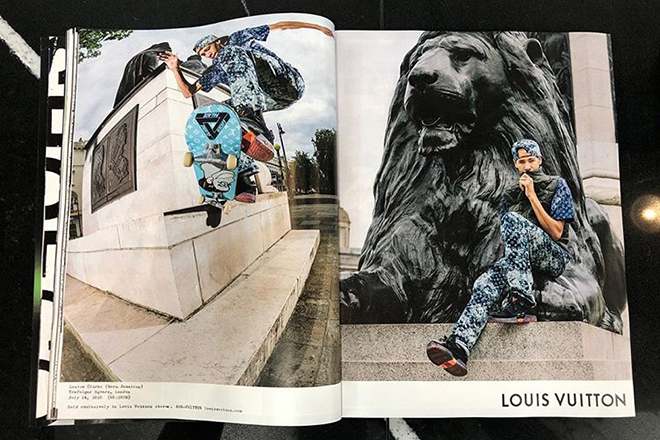 Born in Kingston, Jamaica, Lucien Clarke spent his formative years in New York before moving to London at the young age of 11 years old. Breaking glass ceilings at every turn, Lucien Clarke, alongside the likes of Brit Blondey McCoy and Tony Hawk, have redefined the hobby’s pinnacle of success – melding fashion, image creation and skateboarding into one cohesive art form. 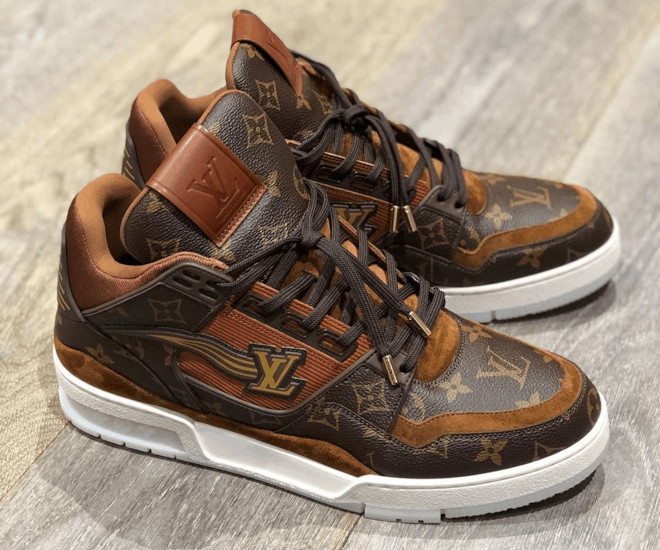 Perhaps some would say it is no surprise that Lucien Clarke and Virgil Abloh get along so well. With similar visions in mind, the two met whilst skating and Clarke has walked for Abloh’s Louis Vuitton show, not once, but thrice. Seeing beyond his lithe good looks and sense of style, it is said that Virgil has always appreciated Lucien’s talent, drive and genuineness, which are traits emblematic of his vision of the French luxury brand. 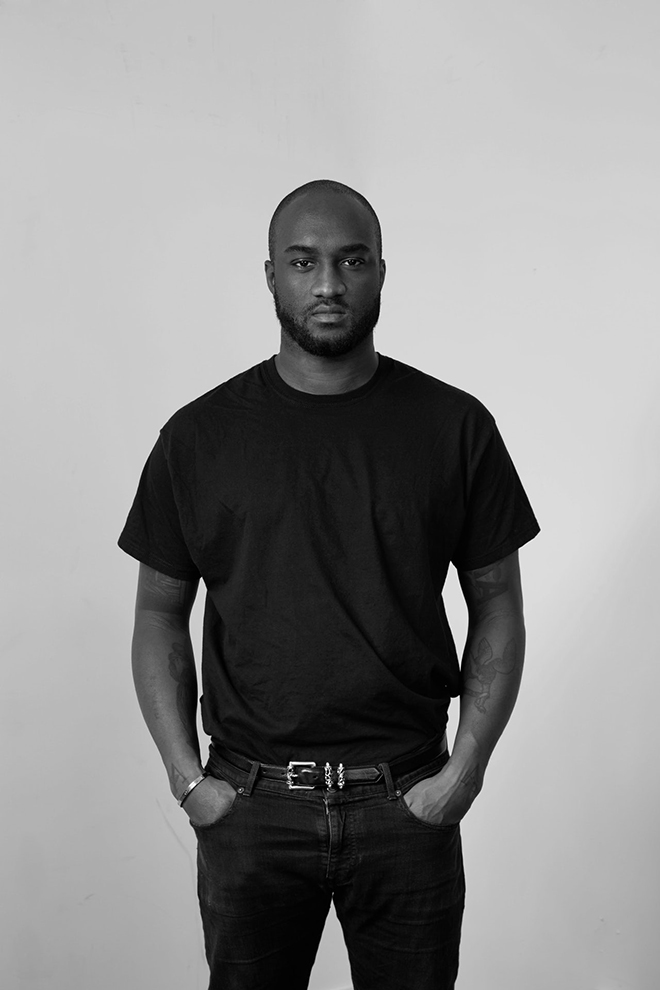 Sharing similar stories, Virgil Abloh was born on 30th September 1980, in Rockford, Illinois, to Ghanaian immigrant parents. Coming far from a place of wealth, his earliest understanding of culture stemmed from skateboarding, hip-hop, sports entertainment, and graffiti. Still prevalent in his current work and collaborations, these ‘underground’ aspects of suburban life in Chicago, directly influenced his perception and embodiment of personal style and fashion. 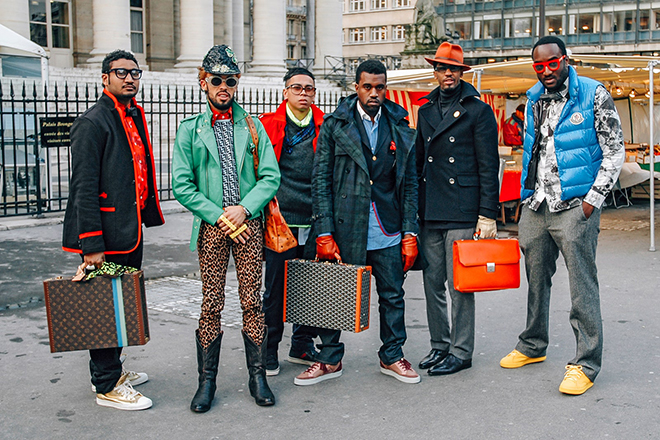 While some would argue that streetwear brands like Kith, Undefeated, Thrasher, Palace, and Supreme, popularised skate culture with relaxed and oversized outfits or ‘punk trend garments’, this article gives partial credit to the original Louis Vuitton Don, Kanye West, who used his platform to penetrate the high fashion and haute couture industry, from as early as 2009. Proving to be the perfect partner-in-crime for Virgil Abloh, Kanye’s multi-generational demographic, which ranged from kids who vied for his T-Shirts and high-tops, to women and men who favoured his more tailored aesthetic, secured influence over their every endeavour – be it, the RSVP Gallery in Chicago, the creative agency ‘DONDA’, the 2011 Jay-Z/West album ‘Watch the Throne’, or Pyrex Vision, which represented the importance of youth culture, by centring each design around a garment that most youth would notice from gym class. 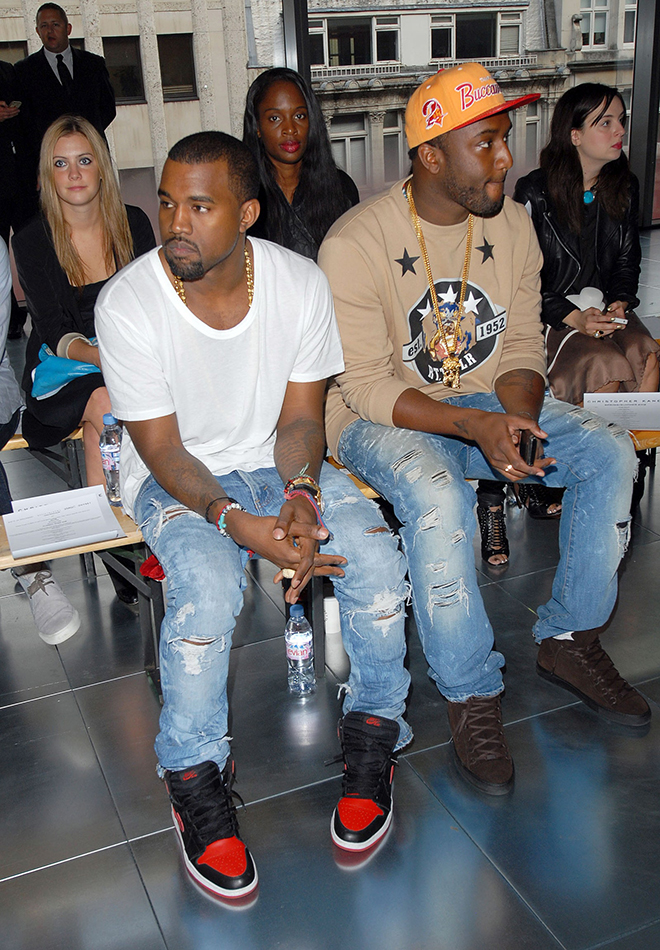 West and Abloh front row for a Christopher Kane show in London, 2011.

“When Kanye and I were first going to fashion shows, there was no one outside the shows. Streetwear wasn’t on anyone’s radar, but the sort of chatter at dinners after shows was like “Fashion needs something new. It’s stagnant. What’s the new thing going to be?” That was the timeline on which I was crafting my ideas.” – Artistic Director of Louis Vuitton’s Men’s Wear Collection, Virgil Abloh.

WHERE DO I START? I DESIGNED MY FIRST PRO SHOE FOR LOUIS VUITTON AND SHOT A SKATE ADVERT FOR THRASHER 🤯NBD… VIRAL❗️❗️❗️❗️❗️❗️THIS IS ONLY THE BEGINNING… MAJOR SHOUT OUT TO VIRGIL FOR FLIPPING THE MF SWITCH! VIDEO PART DROPPING END OF 2020 🆙🆙🆙 ✊🏽✊🏽✊🏽 @virgilabloh

With a knack for charging ahead of the curve, (although not completely, since Alessandro Michele put out an entire sk8 or die universe campaign for Gucci Grip 2019), Virgil Abloh’s latest collaboration bestows Lucien Clarke with absolute creative freedom, marking “the first skater deal of this type”, whilst following hot on the heels of the duo’s first official ad campaign which appeared in the new edition of Thrasher magazine.