The two Belgians continue their longtime partnership to create a series of dramatic and slightly unsettling images for the campaign. 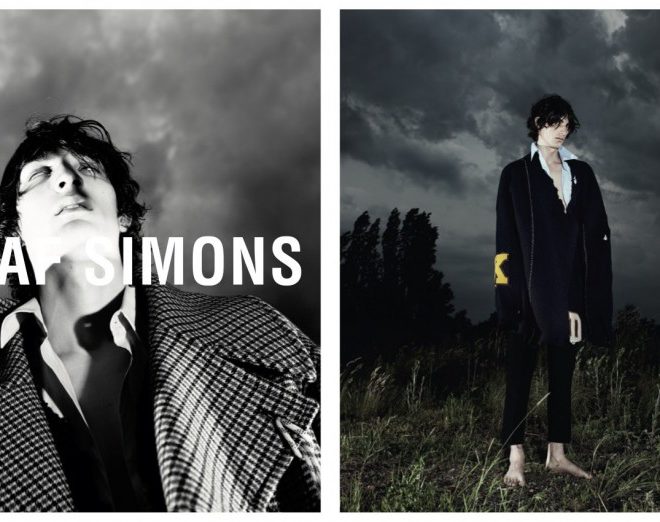 Willy Vanderperre, long-time friend and collaborator of Raf Simons is the man behind the lens of the Belgian designer’s Fall/Winter 2016 campaign yet again. The series of sinister and slightly creepy portraits see fellow Belgian model Luca Lemaire standing amidst an abandoned field and on stone roads in the countryside, wearing the season’s oversized varsity jackets and billowy topcoats. The stormy sky in the background, coupled with Vanderperre’s ingenious use of lighting, perfectly set the mood for the enigmatic and dramatic campaign. You might think we stitched the images together to enhance the mood but that is not the case. Vanderperre’s photos are in the two-part format seen here, with a portrait on one side and a silhouette on the other, the aim being to showcase the key looks of the Fall-Winter 2016 collection. Vanderperre and Simons’ long history of partnership date back to 2009, where they first collaborated, and subsequently in 2010 and 2011. He has also shot all of Raf Simons’ ad campaigns since Fall/Winter 2013.