Famous US designer Rick Owens was inspired by his hatred of cardio to design a running shoe in collaboration with Adidas. 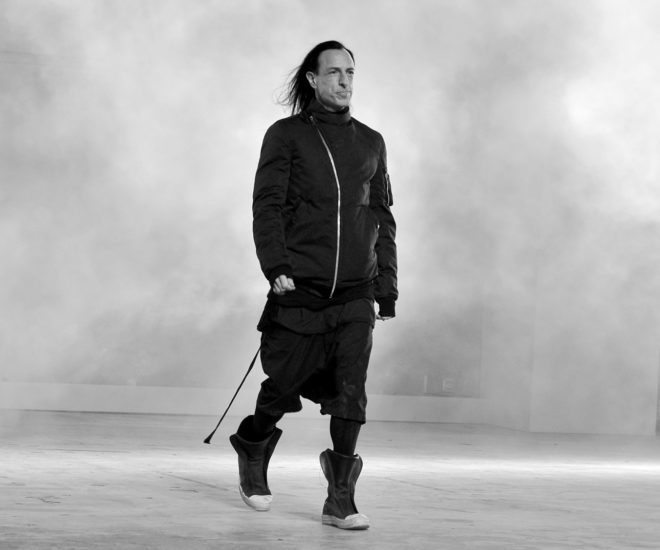 Famous US designer Rick Owens was inspired by his hatred of cardio to design a running shoe in collaboration with Adidas.

Set to be unveiled at the Rick Owens show in Paris on June 27, the sneakers came about when the minimalist designer realized he was in need of a running shoe:

“I work out like a fiend but I hate, hate, hate cardio. I realized I’m in my fifties now and I need to do something for my heart and lungs. So, I’ve got to start running,” Owens told WWD.

Figuring his super-popular basketball sneakers were a little too chunky for the job, he set to creating something in a new silhouette before sending off his designs to the German sportswear giant Adidas.

“When I did my basketball shoes it was all about style. But for these running shoes, I wanted them to be technically really good and I want people to be able to run in them,” added Owens.

The collection is composed of 6 men’s styles and 4 for women and Owens is sticking to his traditionally strict palette of black, white, gray, pearl and bone, while the ladies’ models get a shot of yellow.

The finish will be suitably luxurious for the $400-500 pricetag, using a combination of leather, suede, nylon and canvas materials. The shoes are set to hit stores in December.