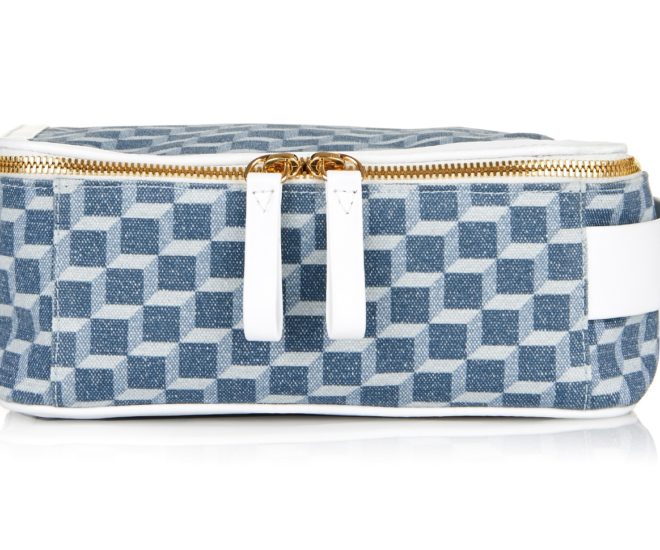 The limited edition, four-piece series comprises a generous tote bag, a wash bag, a hand-sewn espadrille and a classic pouch. Designed with the summer vacation season in mind and launching this month, the collection plays on the designer’s reputation for creating optical illusions within his work. Since launching its debut collection in 1999, the Pierre Hardy brand has become known for its radical, graphic visions, focused on geometry and form. The designer placed an emphasis on shapes, color-blocking, lines and construction games. The brand’s “Cube Perspective” motif, a 2D/3D optical illusion that the designer continues to re-imagine in different forms, was first launched in 2010. The collection will be available on Matchesfashiononline.com with pieces priced between €213 and €931.