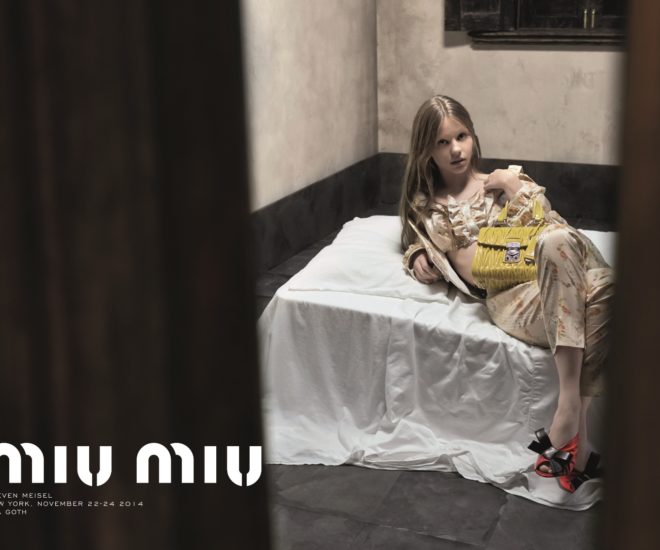 Shot by Steven Meisel in New York City, the campaign is focused on the mysteriously cinematic, interconnected narratives of the three actresses. The film-like tableaux were composed through doorways, with rooms filled with antique wallpapers, dark wood furniture, and historical details designed to play off against the mix of innovation and tradition in the clothing.

The pieces shown off include the Spring/Summer 2015 collection’s housecoat, cardigan, pajama suits and ruffled blouses, worn with large platforms and glitter-framed glasses. Last season’s campaign for Resort 2015 starred American model Natalie Westling (below), who was shot in a series of diptychs by rising British talent Jamie Hawkesworth.