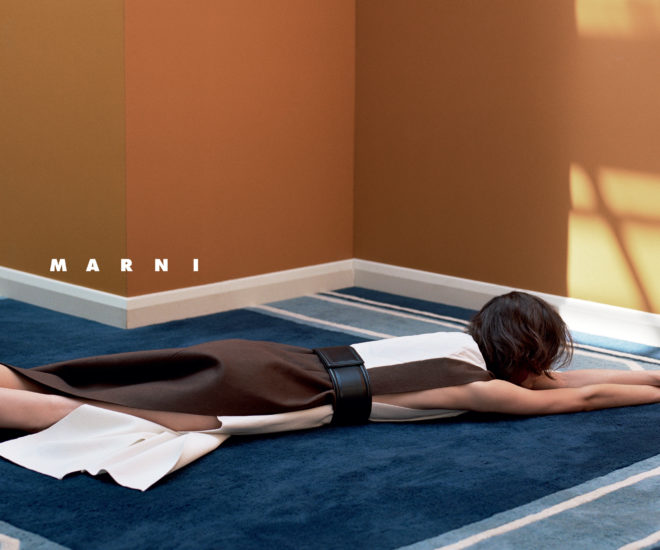 More than the collection itself, it is the Marni woman who is showcased in this particular campaign. Photographer Jackie Nickerson has endeavored to capture the essence of a woman of substance, knowing and independent.

To do so, she has photographed intimate moments in the life of the Marni woman in brightly colored settings, a signature of the luxury brand. Three photographs have just been unveiled by Marni. The Marni woman is shown lying on the floor, leaning against a table turned on its side, or standing in the corner of a room, face hidden, either because the model’s head is turned or because it is covered by her arms or hands.