The new Mall of Qatar is a huge shopping and entertainment complex set to open next year in Doha. 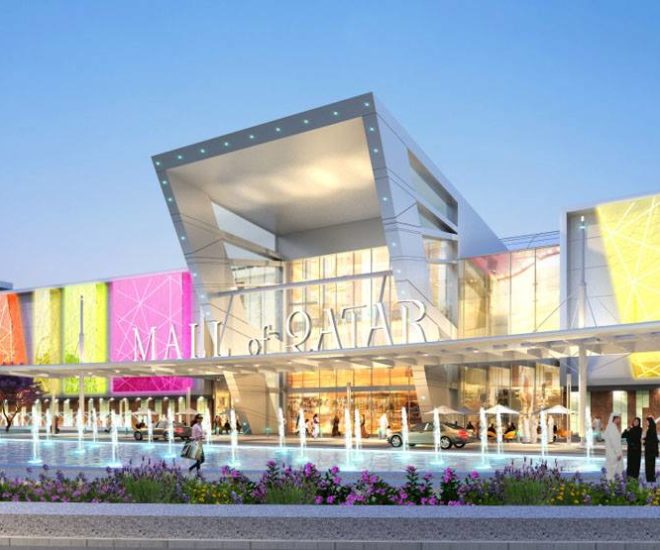 More details have emerged on a new luxury mall set to open in Doha, Qatar that will feature the biggest 3D IMAX theater in the world.

Set to open its doors in 2016, Mall of Qatar will become the biggest shopping and entertainment complex in Qatar and aims to become a premier shopping destination in the Middle East.

At the core of the of 500,000-square meter complex is the Oasis, a glass-domed space equal to the size of three football fields, specifically designed to bring light and greenery to the indoor retail center.

The Oasis will include restaurants, 17 cinemas, what’s being billed as the world’s largest 3D IMAX theater in the world, as well as gardens, cafés, fountains and artistic programs.

Other features include zones dedicated to families and children, a Hilton Curio Collection hotel, and 100 restaurants.

Located near the Al Rayyan stadium for the FIFA World Cup 2022, in total the Mall of Qatar will house 500 boutiques, restaurants and tourist attractions, and is expected to attract 20 million visitors in its first year.

The construction of a mall equal to the size of 50 FIFA soccer fields will fill the need not yet met in the area for modern, luxury retail and entertainment facilities, said director general Rony Mourani in a statement.

When complete, the Mall of Qatar will join The Dubai Mall, the largest shopping center in the world, in catering to affluent locals and visitors in the Middle East.