Designer Nicolas Ghesquiere, who made his name resuscitating fashion brand Balenciaga, has been appointed creative director for womenswear at Louis Vuitton, the world’s No.1 luxury brand, 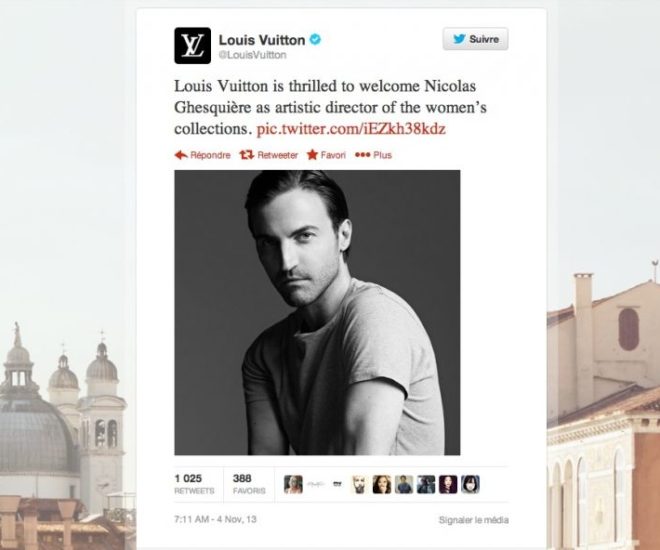 “Louis Vuitton is thrilled to welcome Nicolas Ghesquière as artistic director of the women’s collections,” tweeted Louis Vuitton on the afternoon of November 4, by way of an announcement.

Ghesquière is currently in a protracted legal battle with his former employer, which he left last year (to be replaced by American Alexander Wang) after 15 years at the helm.

Jacobs left Vuitton last month in order to focus on his own Marc Jacobs brand alongside business partner Robert Duffy and LVMH (a major stakeholder).