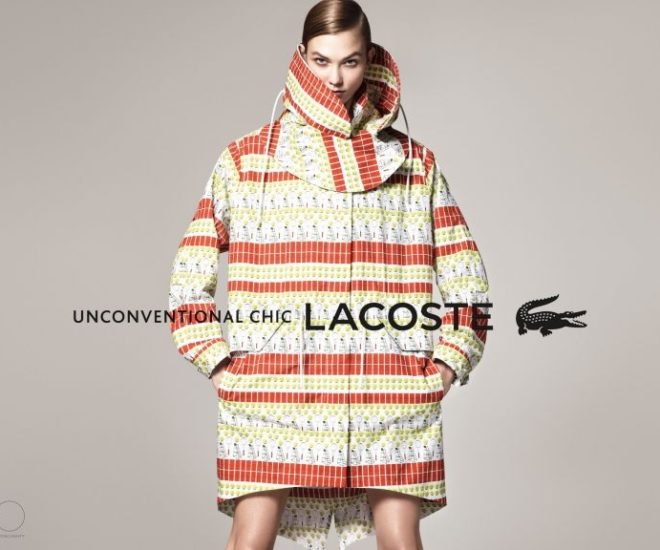 Model Karlie Kloss is the new face of Lacoste‘s “Unconventional Chic” Spring/ Summer 2013 campaign. Lacoste released a making-of for the campaign this week.

The campaign, shot by photographer David Sims, shows the American model being her natural, spontaneous self.

The Lacoste Spring/Summer 2013 collection is directly inspired by tennis which is an important part of the brand’s heritage. The pieces feature original prints including the iconic polo shirt in pique cotton and an array of colors for a flashy effect.