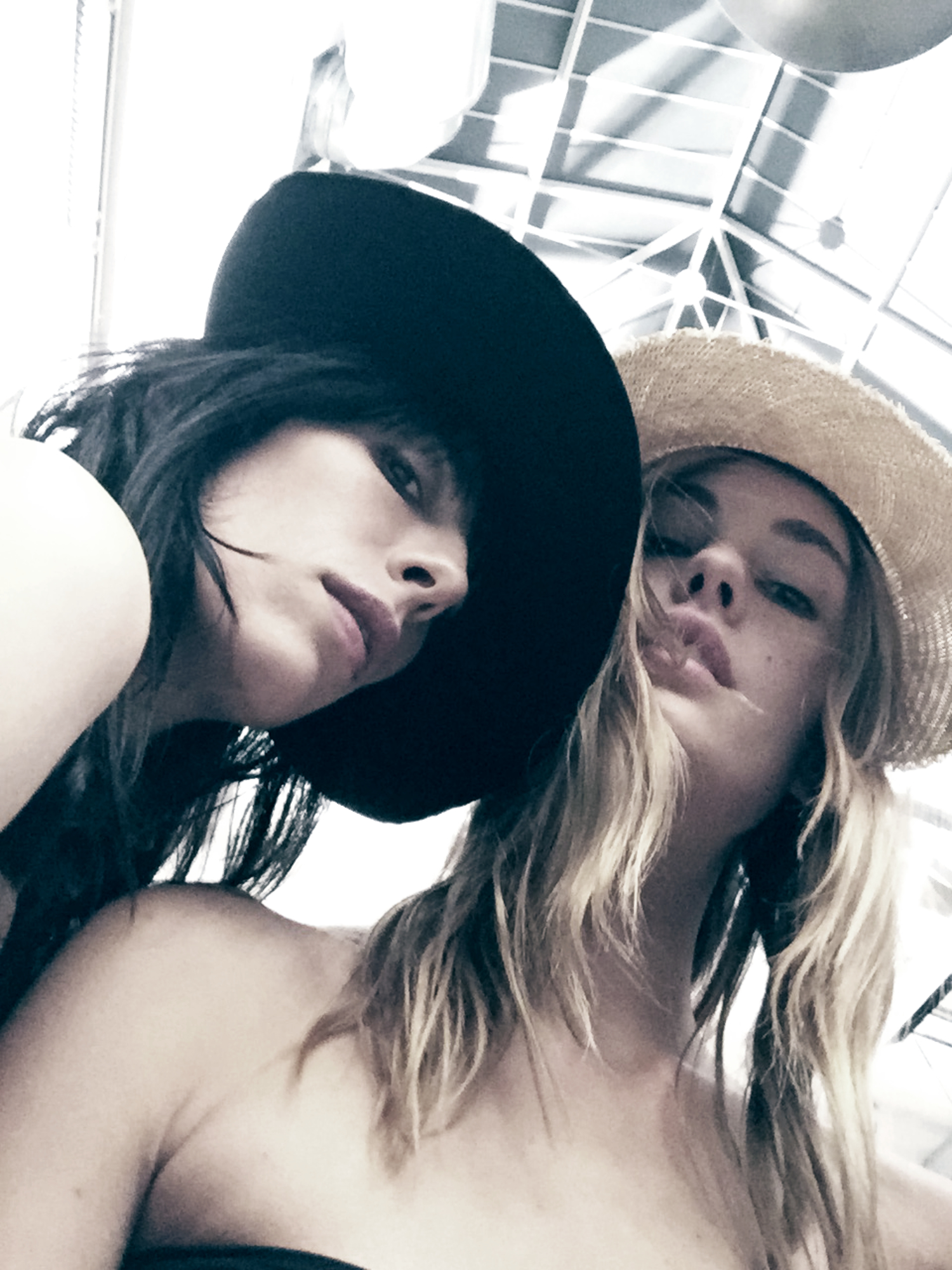 As with all the house’s hats, the new models — black rabbit felt and straw hats with black gros grain ribbons — have got their own names, and Lagerfeld was inspired by his favorite models (all current regulars with the designer’s own brand, and his work at Fendi and Chanel). The Kendall features a large brim while the Karlie, Anja, Cara and Poppy models (reworked versions of caps) come with mini-veils in lace or mesh.

In a ‘selfie culture’-inspired move, models Jamie Bochert and Nadja Bender were captured by themselves, directed by Herr Lagerfeld of course, for the campaign, which is supported by the #maisonmichelbykarllagerfeld hashtag. The pieces will go on sale from mid-February in Maison Michel sales points.