World-famous designer Jimmy Choo may have come a long way since working in his family’s humble shoemaking business in Malaysia, but he never forgot his dad’s dedication to perfect footwear. In fact, the Penang-born Choo, whose Haute Couture shoes are coveted by royalty and the likes of Madonna and Michelle Obama, says that shoemaking is […] 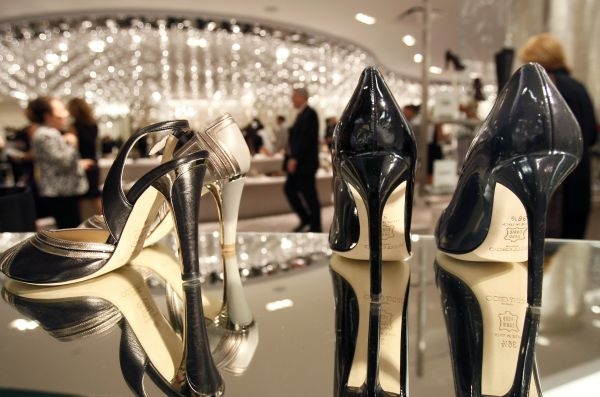 World-famous designer Jimmy Choo may have come a long way since working in his family’s humble shoemaking business in Malaysia, but he never forgot his dad’s dedication to perfect footwear.

In fact, the Penang-born Choo, whose Haute Couture shoes are coveted by royalty and the likes of Madonna and Michelle Obama, says that shoemaking is in his blood.

“I felt destined to be in the shoemaking business,” he told AFP during a recent interview in Hong Kong, where some of his shoe sketches were auctioned off to raise money for poor students in China.

“I was 11-years-old when I made my first pair of shoes — they were a pair of flat sandals and I made them for my mother under my father’s guidance… (He) was never satisfied until a shoe was made perfectly.

“If it weren’t for him, there would be no Jimmy Choo today.”

After selling his share of an eponymous ready-to-wear line in 2001, the London-based designer now markets a couture line to deep-pocketed clients, particularly the growing number of newly rich mainland Chinese customers riding high on the country’s booming economy.

“We are seeing a lot of wealthy Chinese interested in our designs,” he said.

“Business has been affected somewhat by the recession — people are postponing weddings for example, spending less. But a lot of our clients have huge spending powers, so it hasn’t really impacted business too significantly.”

Choo is convinced that tailor-made fashion is the only way to go, despite the success of his ready-to-wear label.

“Clients come to me because we cater to their needs… Once you go couture, you never go back,” said Choo, clad in a fitted Armani suit.

“A person should never have to fit a pair of shoes, the shoe should be able to fit the person.”

True to his artistic roots, Choo has a bolt of inspiration midway through the interview, sketching a pair of women’s heels inspired by a floral centerpiece on the nearby coffee table.

“Shoe-designing is an art form,” he said.

“It comes from everyday life, but it must be architecturally sound and aesthetically pleasing.”

After working in restaurants and cleaning shoe factories, Choo earned his way into the Cordwainers Technical College, a venerable London shoemaking school which is now part of the London College of Fashion.

“It was important for me to work whilst studying to help ease my parent’s financial burden,” he said.

He opened up his own London workshop in the late 1980s, gaining recognition and international exposure after being featured in Vogue Magazine, but his star soared to new heights after Princess Diana was photographed wearing one of his creations, which now start at an eye-watering 850 pounds ($1,350).

Choo, these days a British citizen, remained tight-lipped on relations with his former business partner Tamara Mellon, who now controls the label they started, amid reports the pair had a falling-out.

“We once worked together, we parted ways — that’s it,” he said.

“I don’t speak ill of old partners. I wish them well… If you have the skills and talent, there’s nothing to be afraid of.”