James Franco is turning up the heat in his latest campaign for Gucci, rocking some stylish bamboo aviators and even more stylish facial hair. 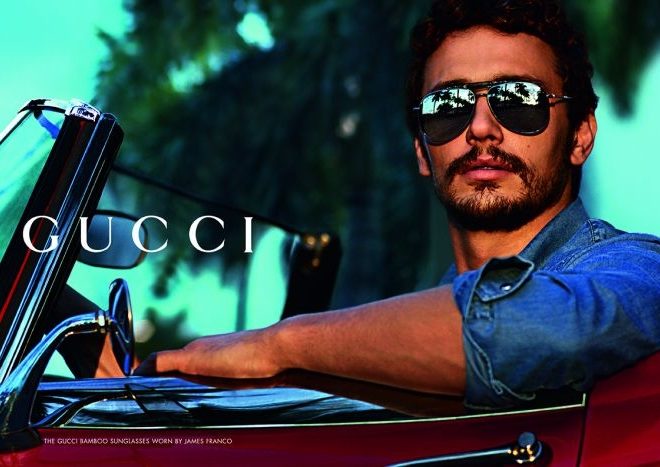 Gucci has unveiled its latest Black Bamboo sunglasses, which are set to go on sale in October this year.

In support of the new shades, the Italian luxury brand has also released the first details of a global ad campaign, set to debut in August 2013, featuring intellectual-heartthrob polymath James Franco.

Perched behind his dark ruthenium and grey shaded mirrored lenses, the Hollywood star was shot by fashion photographers Mert Alas and Marcus Piggott.

The glasses feature a 1970s-style aviator frame in metal. The bamboo name comes from the use of the material on the bridge and wings of the glasses. It’s a nod to the brand’s heritage; natural bamboo cane is famously something of a Gucci hallmark, used since 1947 on the label’s handbags and jewelry.

An exclusive film shows off the techniques that go into producing the eyewear. The 30-second clip explores the process from initial concept sketches all the way to the finished article.

Franco has previously produced a film which explores the work of Gucci creative director Frida Giannini, and has also recently signed on as the face of the brand’s latest masculine scent.