After shuttering its first and only China store 15 years ago, the French high-end department store operator Galeries Lafayette has made a strong comeback by opening a new store in Beijing on Friday. 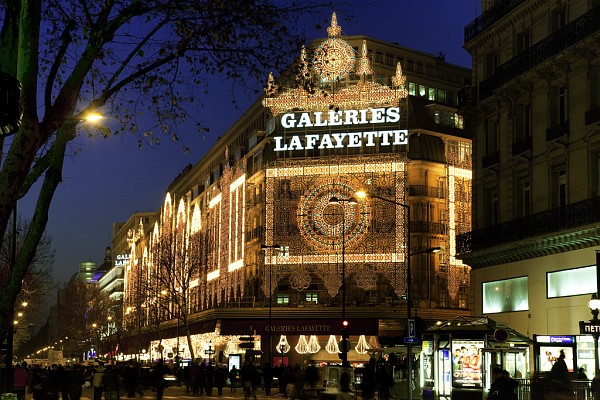 The entrance to the 47,000-square metre (506-square foot), six-storey shop, intended as bridgehead in the world’s second-largest economy, is emblazoned with an Eiffel Tower.

The name the store has chosen as its Chinese transliteration — “Laofoye” — was historically a title of respect for the mother of the emperor during the Qing Dynasty.

Galeries Lafayette is targeting China’s middle class, with the economy the fastest-growing in the G20 and demand for luxury goods rising, despite a knock from a government crackdown on corruption.

The chain’s showpiece outlet on Paris’ Boulevard Haussmann is a top target for Chinese tourists visiting France — their favourite European destination — and the Beijing version includes a reproduction of its trademark glass dome, made up of LEDs.

With oak floors and distinctive French-style mouldings, the Beijing version looks to distinguish itself from the Chinese capital’s many malls and offers “a whole range of products with prices going from accessible to premium”, Philippe Houze, chairman of the Galeries Lafayette group, told reporters.

“Above all, we are a fashion retailer, and we want to reach customers who are not necessarily hugely rich, as well as fashionistas and the wealthy,” he added.

Its first attempt at establishing itself in the Chinese capital, a franchised outlet, opened in 1996 but closed less than two years later.

Galeries Lafayette has invested 42 million euros in the new joint venture with Hong Kong fashion distributor IT, and they are aiming to open around 15 outlets in China. The Beijing store is Galeries Lafayette’s fifth shop outside France, following Berlin, Casablanca, Dubai, and Jakarta.