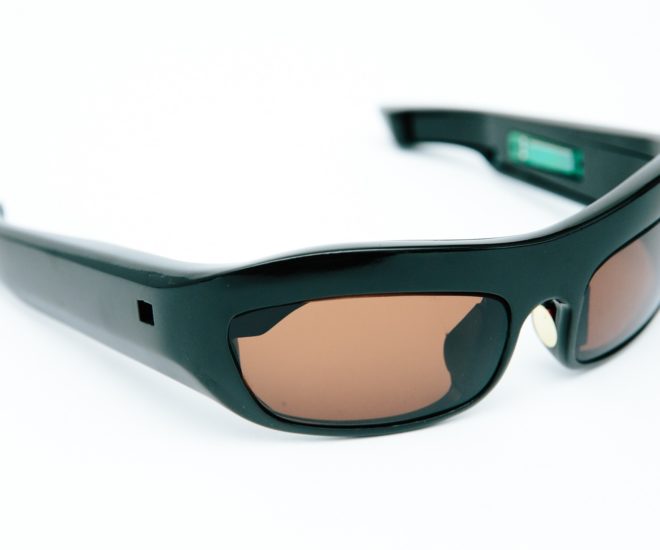 Tech talk in fashion circles revolves around the “see now buy now” phenomenon, with wearable tech largely missing from runway shows – except at Hussein Chalayan SS17, which featured a fascinating collaboration with Intel.

Designed to improve awareness and pro-active management of stress levels, the accessories demonstrate another way of how fashion and technology can come together in the midst of the current trend for health trackers and wearables.

During the presentation the wearer’s biometric data was then sent to the model’s belt using Bluetooth, which using the Intel® Compute Stick, a tiny computing device, captured the data from the glasses and translated the information into visualizations that interpret the wearer’s stress level. These visualizations are projected by the belt onto a wall as the models move down the runway.

The projected visualizations then remind the wearer to try and reduce stress levels where needed, with the imagery changing in real-time to correspondence with the body’s response.

Intel and Chalayan showed five studies of the unique glasses and belts, which following Paris Fashion Week will be on display at the Design Museum’s “Fear and Love: Reactions to a Complex World” exhibition in London starting in November. Fashion designer Hussein Chalayan unveiled on Friday his collaboration with technology giant Intel on a range of connected wearable glasses and belts.