London Fashion Week will be shining the spotlight on international designers this month with an exhibition titled “Fashion Utopias.” 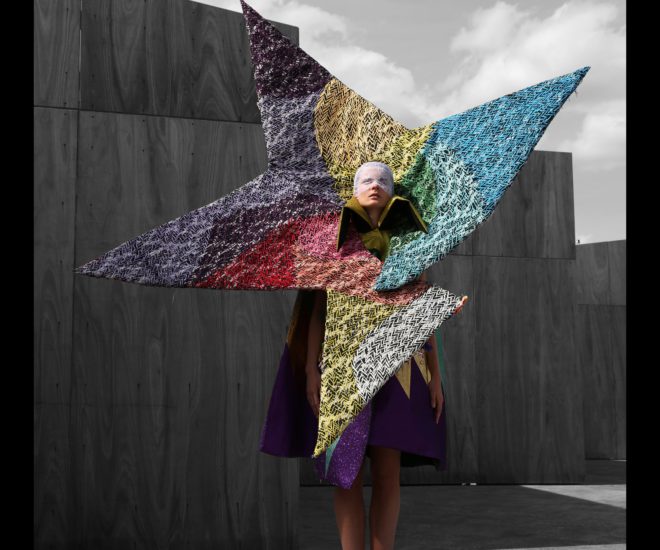 Emerging voices and visions in fashion will be front and center at upcoming London Fashion Week this month. Fashion designers from 24 countries will create fashion installations at the city’s Somerset House in an exhibition called “Fashion Utopias” and it is all thanks to a most unlikely inspiration: Sir Thomas More. The building’s west wing will be transformed into a Utopian terrain, designed by Hatty Ellis Coward, where an emerging generation of international designers and curators will present their vision of the future.

Across 14 galleries, 13 of which will represent 13 countries, designers will unveil creations on a theme that honors the 500th anniversary of the publication of More’s inspirational text, Utopia. There will be one group installation, “Next in Line”, which will feature designers from the 11 remaining nations.

It is the fifth annual edition of the British Council and the British Fashion Council’s International Fashion Showcase (IFS) initiative, which explores the link between fashion and contemporary culture. Highlights are set to include Guatemala’s installation, where each designer will create miniature versions of their designs as traditional worry dolls, and Indonesia, where each designer will represent an essential element – earth, fire, water and wind. Each designer from Lebanon will create a customized piece for IFS in the unifying shade of blue, while Lagos Fashion and Design Week will curate an installation of Nigerian menswear and womenswear that imagines the creative energy of designers as a cosmic bang.

Fashion Utopias will run February 19 – 23. A winning Country and Designer, as well as a “Curator Award” sponsored by mannequin creator Bonaveri, will be announced on February 21 during London Fashion Week.