Dress To Win: Casinos And The Changing Fashion Scene

Gambling might well be a game of style at the casino. Since your style reflects your game as you play, you want to feel your best when you hit the tables. 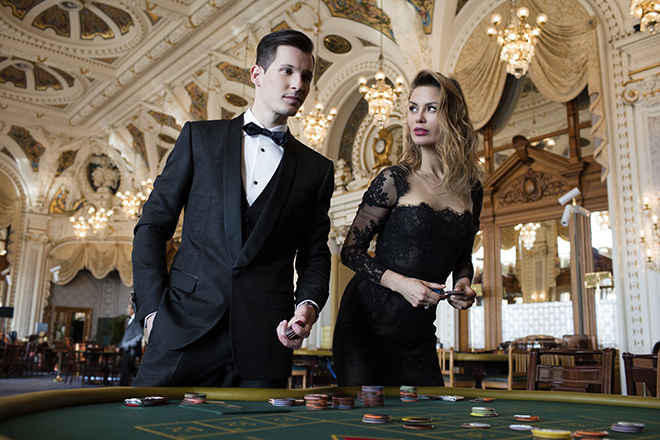 The casino was once the exclusive domain of the famous international playboys. The high rollers who had been lucky enough to be blessed with the kind of talent that drew fame and money in equal proportions.

We’re not necessarily talking about James Bond here, but his portrayal of gambling in classic films such as Casino Royale – both the original and the follow up – were not a million miles away from the true image.

But things have changed in the world and casinos since then. Here we look at how dress codes have changed for both men and women – and what we might be wearing when we gamble in the future.

The habitat of high rollers 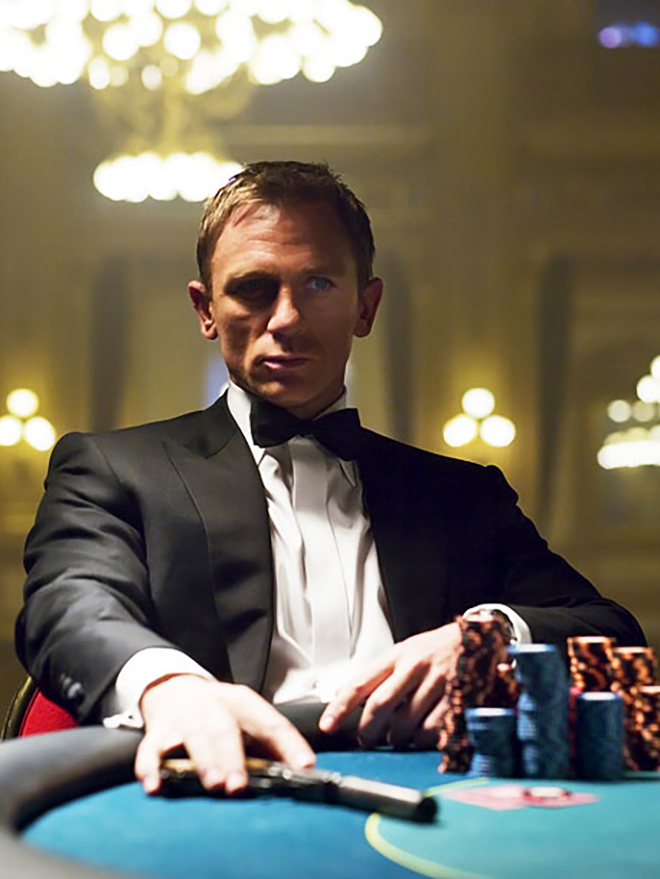 Back in the 1970s, ordinary mortals would have been forgiven for feeling that you had to be George Best or James Hunt to inhabit a casino in the outside world. Of course, there were the John Aspinalls and the Lord Lucans who largely went under the public radar, but the image given was that casino was the exclusive habitat of the extremely wealthy and the general public were not necessarily welcome.

Thankfully all that has changed and a lot of the credit for that must go to the digital revolution which brought online casinos from Las Vegas and Soho into our living room. Now, an average member of the public could play in their pyjamas if they wish and not have to worry about offending the sensibilities of other customers.

While we would not want to encourage you to enter a physical casino in your pyjamas in the present day, the subject of fashion provides us with some interesting parallels to the changing face of the casino over the last 50 years or so.

A piece of history 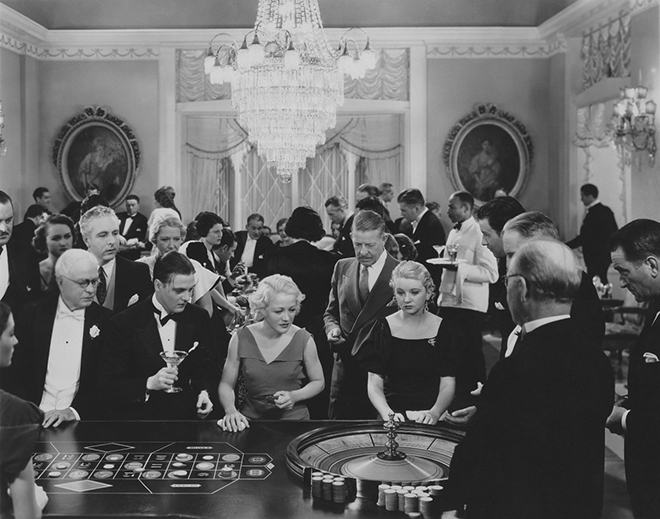 The aforementioned John Aspinall’s Clermont Club was in the news earlier in 2018 amid reports that it was to be sold to a Malaysian businessman. Fashion enthusiasts and celebrity spotters couldn’t have failed to note that the press commentary delighted in linking the Clermont with previous members including Princess Margaret, Roger Moore and Britt Ekland.

The three names mentioned above helped to epitomise 1970s glamour and class – and their presence in a casino reflects the smarter dress sense of a bygone era. Meanwhile, a classic photo still exists of Lord Lucan playing at the Clermont’s backgammon tables in the days leading up to his mysterious disappearance and this snapshot neatly sums up a typical casino dress code in that era.

It’s not quite black tie and tails but the men are all dressed in lounge suits, the women in evening gowns and everyone is immaculately turned out. That trend continued for much of the next 20 years, before casinos became more mainstream and accessible. 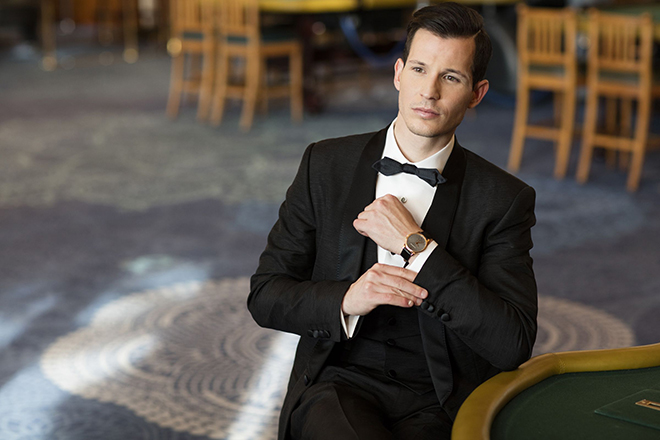 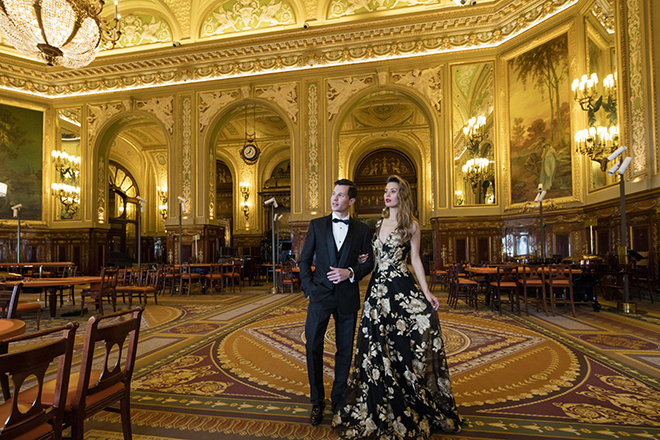 Online gambling now accounts for one-third of all gambling revenue in the UK – some £4.5 billion. The internet has completely revolutionised gaming, making it more comfortable and convenient than ever before. Land-based casinos could see this coming, and realised they couldn’t survive if they continued to enforce strict dress codes and remain a niche activity.

As they went mainstream, they began to move away from traditional gaming areas with high rent – such as Soho in London – and into suburban towns and retail parks. However, dress codes remained relatively smart and, for the most part, it was a case of no jeans or trainers. Suits and evening gowns had certainly had their day.

As online gambling took and increasingly tighter grip of the industry, land-based casinos began to relax their dress codes even further to appeal to all customers. These days it’s very common to see jeans, trainers and even shorts being allowed.

The exception that proves the rule 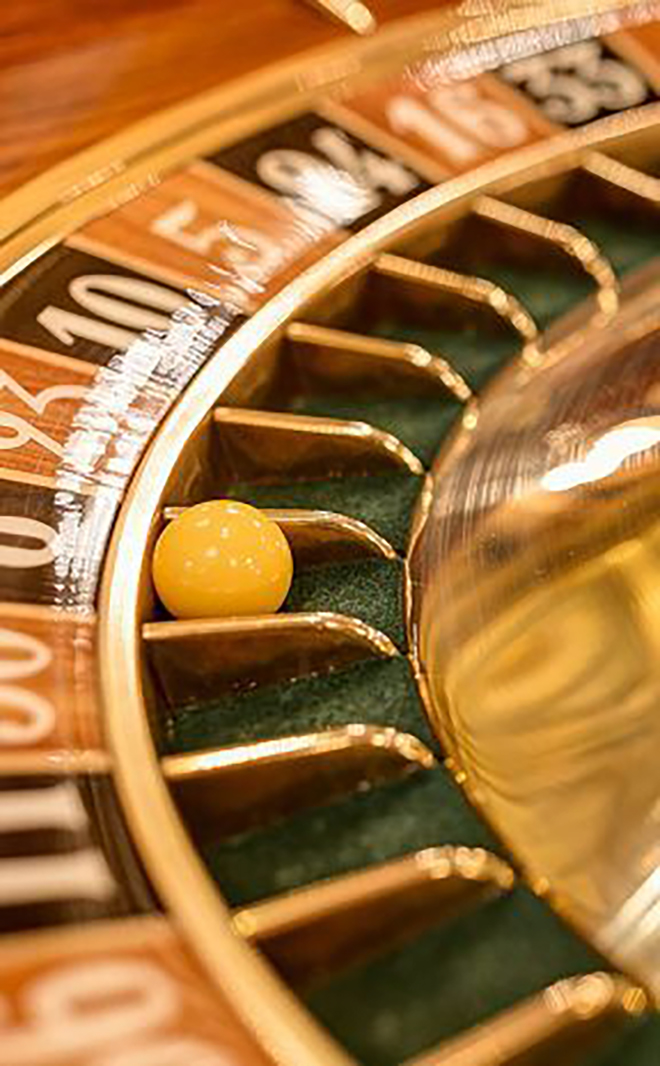 While the dressing preferences of customers may have changed, one thing that has remained constant over the last few decades is the image of the croupiers. Despite some subtle changes in their outfits over the years, they maintain a smart and well dressed uniform at all times.

There are very good reasons for this. While casinos may have broadly relaxed the rules on dress in recent years, they still need to convey a professional image. A casino is represented by all its staff, so it’s a good idea for everyone to look smart to convey the best impression. For a croupier, it’s more important than most, given that they interact with gamblers more than anyone. As such, they play a huge role in customer service.

First impressions are vital – and perhaps there is some remnant of gambling’s regal past, as no customer would surely take an establishment seriously if the person dealing their blackjack cards or spinning the roulette wheel was scruffily attired.

And this is even the case online, where croupiers put on just as much of a show as they do in land-based casinos. Live casinos feature real-life dealers, who are linked up with gamblers playing at home via high-quality video link – adding the much-needed human element that was previously missing from the online offering, and making the whole experience more immersive. Check out this live casino and you’ll see that croupiers dress with just as much class as they do in physical casinos, in bow ties, tuxedos and evening gowns.

The restrictions that remain

If you’re on a luxury break in Las Vegas, you might be tempted to come straight from the hotel pool to the casino – but you’ll most likely fall foul of regulations. Expect bikinis, general swimwear and trunks to be banned from all establishments who still retain some high standards.

In addition, clothing that displays offensive logos or messages is prohibited and, interestingly, anyone attempting to play wearing gloves will be refused. This is because a glove can easily conceal a playing card so while your intentions may be honourable, the casino will demand that they are removed.

So evidently, some rules do still remain, even if fashion regulations are considerably more relaxed than they were 50 years ago.

What does the future hold? 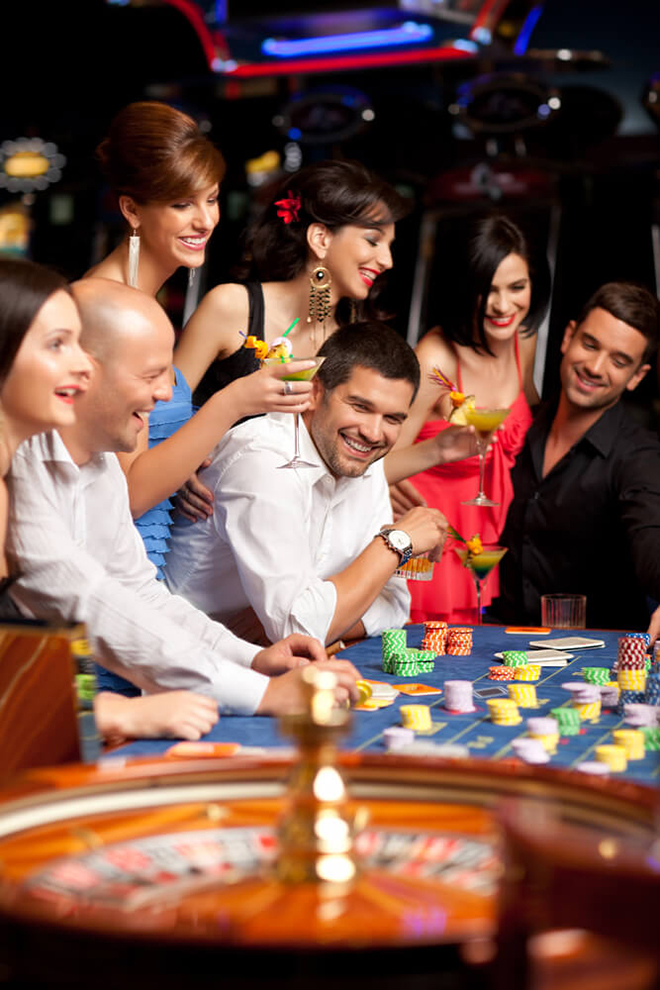 If we could accurately see into the future then we’d all be making a fortune at the roulette tables, but looking at the pattern of changing fashion in casinos, the trend could go one of two ways. We’ve mentioned the rules that do exist but is it possible that they might be relaxed even further.

No-one wants to see an offensive slogan on a T-shirt and the casinos themselves won’t change their attitude to gloves or any other garment that might give an advantage, but maybe there is scope for swimwear to be accepted. It’s a move that would be unlikely to catch on in a retail park in Luton, but in exclusive resorts it’s entirely possible to see beach-themed casinos arriving in the future.

Alternatively, some establishments may choose to revert back to a smarter dress code. In some parts of the world, the rules on suits and gowns remains while the old jeans and trainers combination is ruled out – but this only happens in the most exclusive joints where the high rollers like to play, such as the Venetian in Macau.

While all casinos will want to keep their premises accessible, they also want to provide a unique customer experience. Therefore, we could see more gambling operators applying a slightly stricter dress code in the future as companies try to make the experience more high-class – and gain stand-out in a market that’s very mainstream.

Whatever happens, the role of the croupier will remain unchanged. For many, they are the heartbeat of the casino industry and their high standards of dress are unlikely to drop anytime soon.