French designer Christian Lacroix has been tapped to create a 15-piece couture collection as a “one-time tribute to Elsa Schiaparelli.” 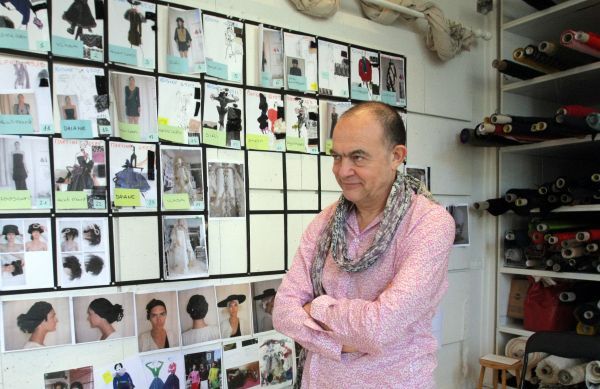 French designer Christian Lacroix has been tapped to create a 15-piece couture collection as a “one-time tribute to Elsa Schiaparelli.”

The collection will be unveiled in July during the couture shows in Paris, at 21 Place Vendôme – the location of Schiaparelli’s original workshop. Each of the unique pieces will be reinterpretations of the late designer’s most famous creations.

The couture collection will be followed by a series of contributions from different artists, all taking place at the Schiaparelli maison. An annual “rendez-vous” will be held, during which contemporary artists and creatives will be asked to give their interpretation of the late designer.

Schiaparelli closed in the 1950s amid claims original designer Elsa went bankrupt. The new launch’s first line was due to be shown in January, but, lacking a head designer, the date has been moved back.

Yesterday, rumors surfaced that Marco Zanini, currently the head designer at Rochas, would take on the permanent position of creative director at Schiaparelli.

Lacroix launched his own-name fashion house in 1987 and was creative director at Emilio Pucci between 2002 and 2005. He filed for bankruptcy in 2009, following which his label ceased production.