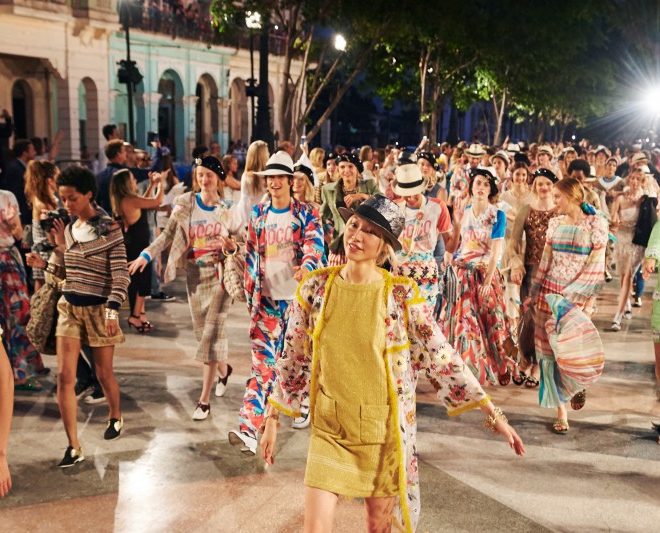 It was an unusual sight for Cubans as international celebrities and Cuban bigwigs gathered on a quiet street in Havana for the nation’s first international runway show. The show is the latest in a stream of international cultural events, as Cuba continues its efforts in opening up diplomatic and commercial relations. “The world is finally opening up to Cuba. Everyone wants to come taste the forbidden fruit. Everyone wants to discover it, savor it, enjoy it, explore it,” said Mariela Castro, the daughter of President Raul Castro and a prominent gay-rights activist on the island.

Meanwhile, other high-profile attendees included Hollywood stars Vin Diesel, who was in town shooting the latest Fast and Furious movie, Tilda Swinton and Geraldine Chaplin. The show ended with the Kaiser’s brief appearance, as ordinary Cubans applauded from outside the tightly guarded venue. “What a sight. But I would have liked to be closer to the models,” said 52-year-old Mireya Correoso, who told AFP she had never seen so much luxury and showbiz in one place.

This story was written in-house, with the official press release and an AFP story as the source.