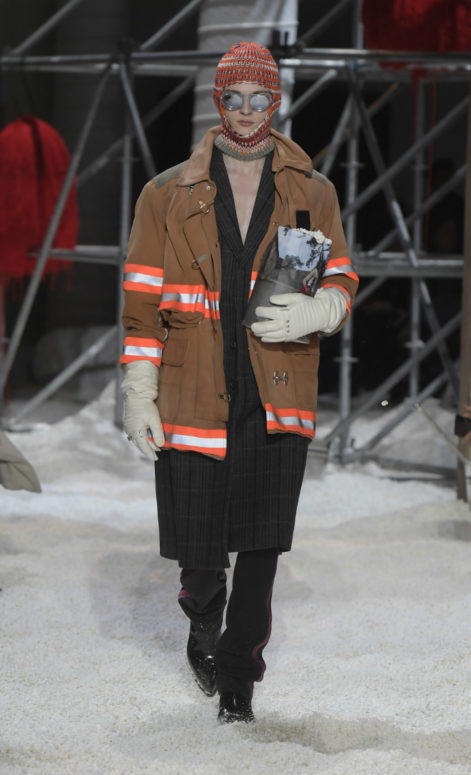 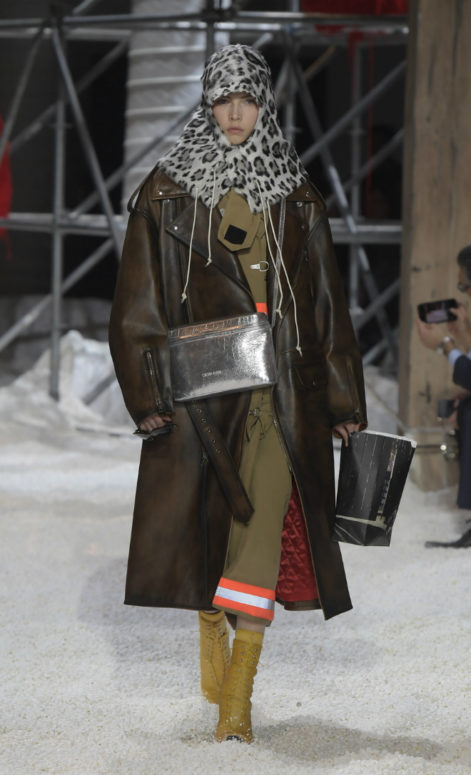 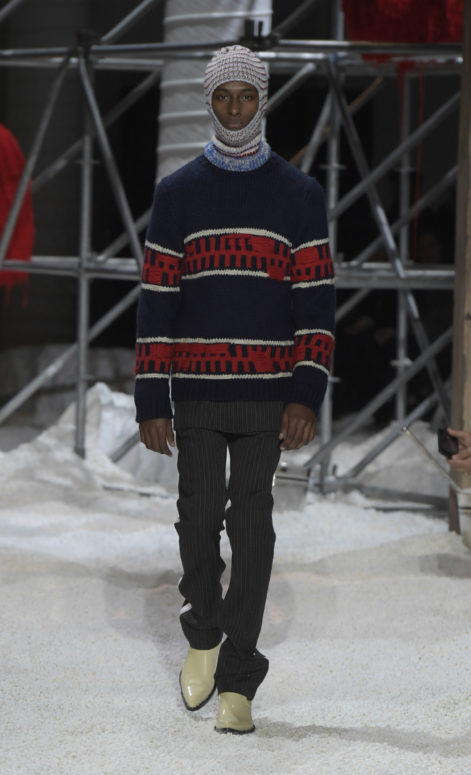 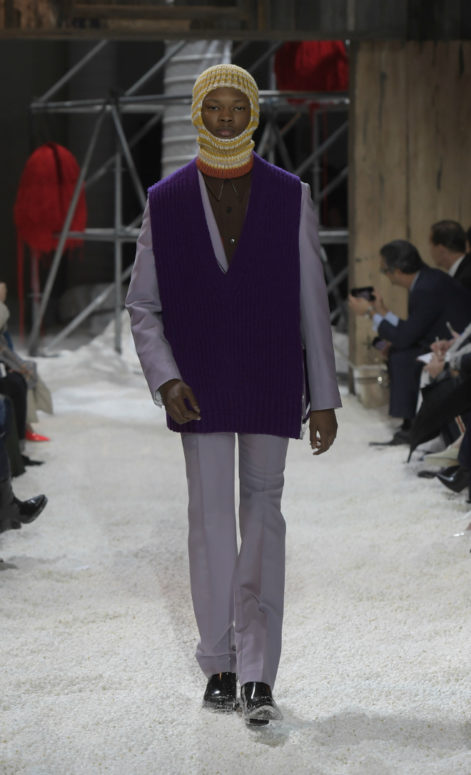 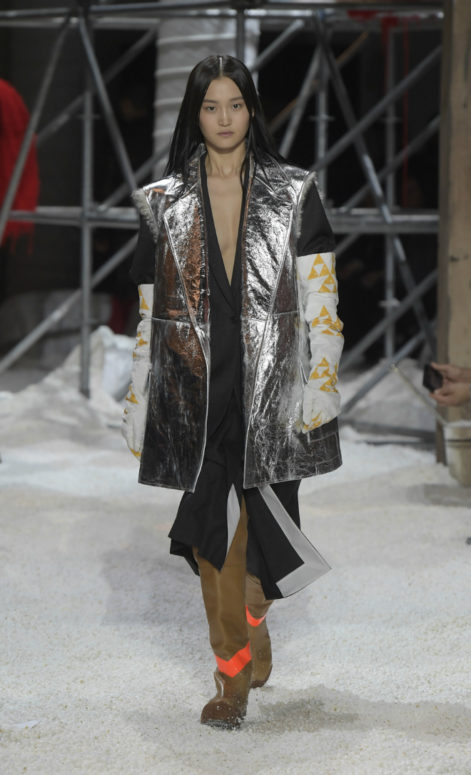 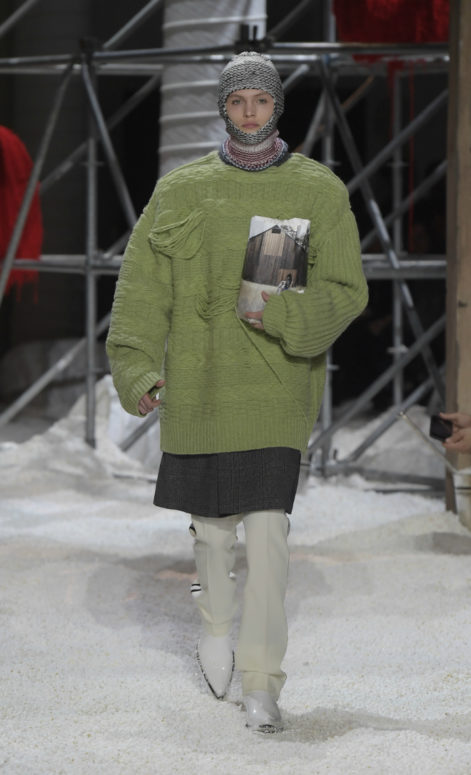 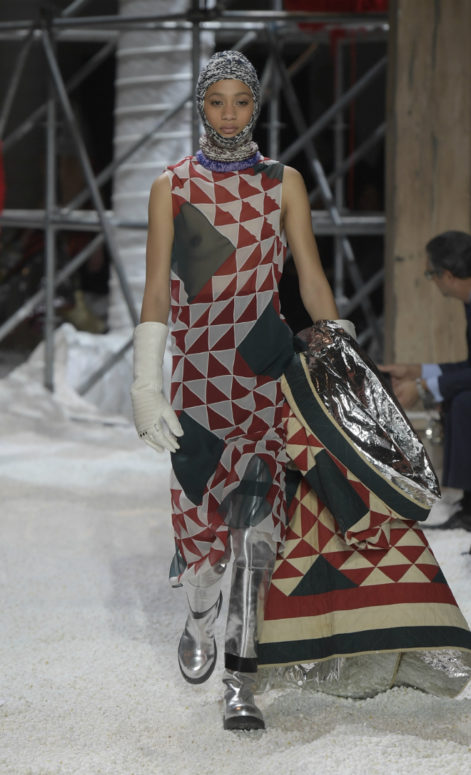 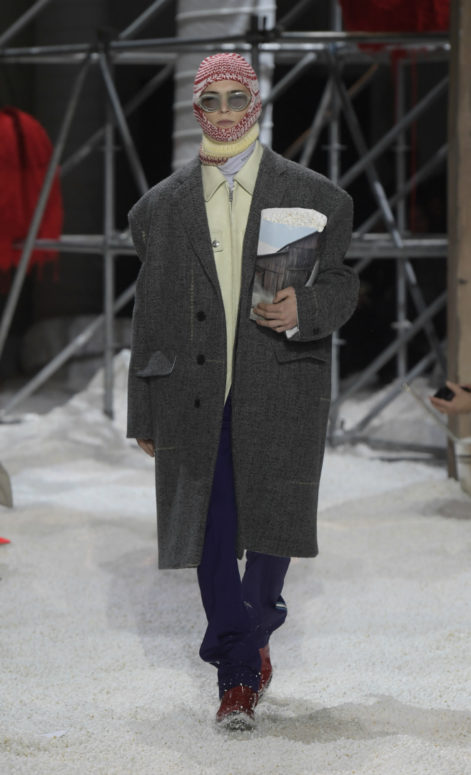 The brand’s Chief Creative Officer said: “This collection is an evolution of my idea of Calvin Klein – of a view onto American society – but now wider, universal. It’s an allegory for a meeting of old worlds and new worlds, relating to the discovery of America, the 1960s Space Race, and the twenty-first century information age.”

“Reflecting the notion of democracy, there is no cultural hierarchy: the mixes emancipate clothing and references from their meanings, from their own narratives, and collage them to discover something different – a different dream. More than anything else, this collection is about freedom. A word that defines America, and Calvin Klein,” added Raf Simons.

The collection and venue showcased the continuous collaboration on-going between Calvin Klein and The Andy Warhol Foundation for the Visual Arts, while Warner Bros.’ Looney Tunes characters screened in the cinemas during the 1940s were also featured on select garments.