This short film about Burberry founder Thomas Burberry is a three-minute affair that plays like a trailer for a full feature film. 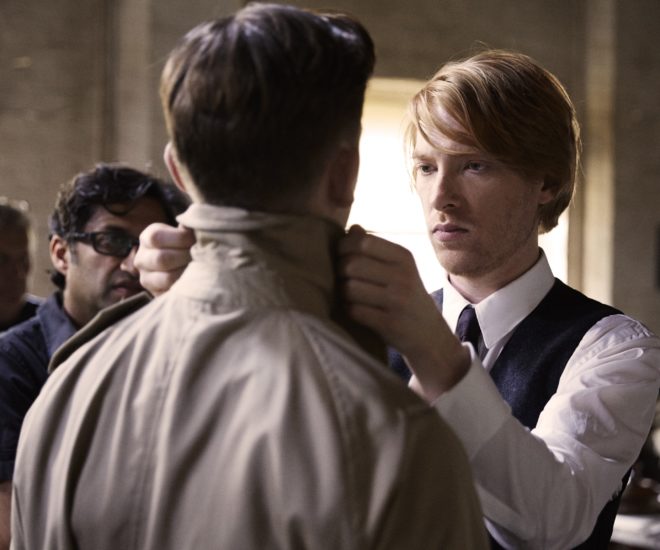 This short film about Burberry founder Thomas Burberry is a three-minute affair that plays like a trailer for a full feature film. Alas starstruck fans of Burberry, there is no feature film behind this. The trailer is the whole movie, basically.

The British label launched its Holiday 2016 campaign this week, telling the story of founder, Thomas, and the key moments that built its international reputation. Domhnall Gleeson, Sienna Miller, Dominic West and Lily James star in the three-minute Christmas commercial, filmed in the style of a movie trailer.

Burberry is celebrating Holiday 2016, as well as the brand’s 160th anniversary, with a seasonal short film paying tribute to the luxury label’s founder, Thomas Burberry. The video looks back at some of the key events that helped make Burberry an internationally recognized brand. “This Christmas, as we celebrate our 160th anniversary, we wanted to tell the story of Thomas Burberry – pioneer, inventor, innovator, and the man behind the iconic trench coat – in our own words,’ said Christopher Bailey, Burberry Chief Creative and Chief Executive Officer. “The film we have made is a brief glimpse inspired by his full and extraordinary life, which threaded its way through the history of the twentieth century in all its tumultuous highs and lows.”

The label signed up a star cast and director for this Holiday 2016 campaign. “The Tale of Thomas Burberry” was written by Matt Charman and directed by filmmaker Asif Kapadia (“The Warrior,” “Amy”).

Key moments in the trailer include Thomas Burberry creating his water-resistant trench coat, which went on to become one of the brand’s signature pieces.