WATCH: Balmain and Rihanna behind the scenes

Balmain has revealed some behind the scenes shots of its latest campaign, which features Rihanna. 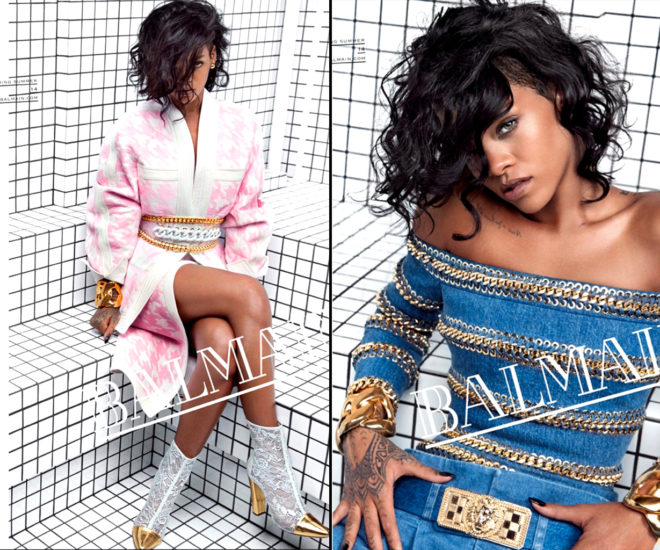 Balmain has revealed some behind the scenes shots of its latest campaign, which features pop star Rihanna. Three new videos released by Balmain show the atmosphere on set as the fashion brand created its Spring-Summer 2014 campaign.

“I’m really thrilled that we have Rihanna for this campaign” explained creative director Olivier Rousteing, who decided to create the collection around her after the popstar visited the Balmain studio. “She’s powerful, she knows how to mix beauty, she’s boyish, she’s strong, she’s the new icon,” he added.

Styled by Mel Ottenberg and shot by Inez van Lamsweerde and Vinoodh Matadin, Rihanna also appears in the videos. The 25-year-old was excited about the collaboration: “Balmain has been a brand that I’ve loved for so long, and now to actually get to work with them, it’s brilliant.”

Makeup duties were carried out by Yadim, who decided to focus on the singer’s own beauty: “We kept it really natural; the clothes are so amazing that you don’t really need any gimmicks.”