Daria Werbowy stars as the face of the Balenciaga spring ’14 ad campaign, 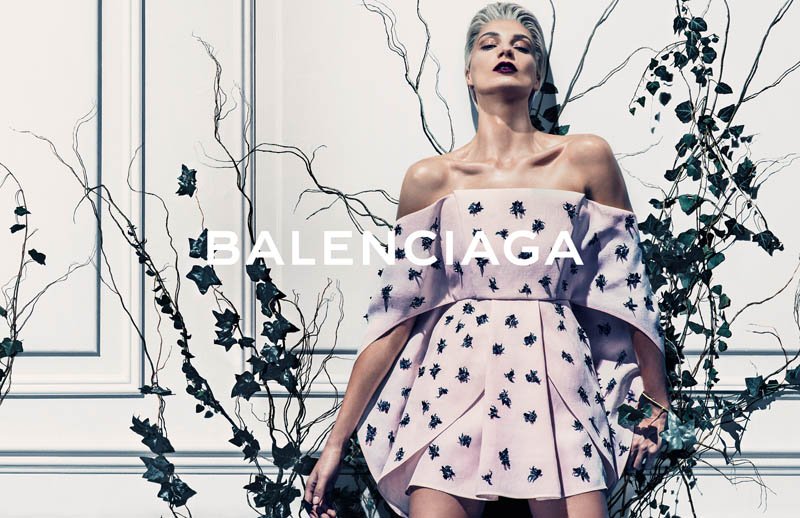 Werbowy replaces last season’s star Kristen McMenamy, who was also shot by Klein, the 47-year-old model appearing in a series of moody shots. The photographer has revisited the cold, fresh minimalism of Fall-Winter, but added an organic twist with some dark ivy crawling up the walls and twisting around Werbowy’s face. The brunette was also given a bleached out slick-back hair-do to complement her dark red lip.