Alexander McQueen’s Fall 2014 ad campaign was shot in London by Steven Klein, and it features Edie Campbell in her second campaign with the house. 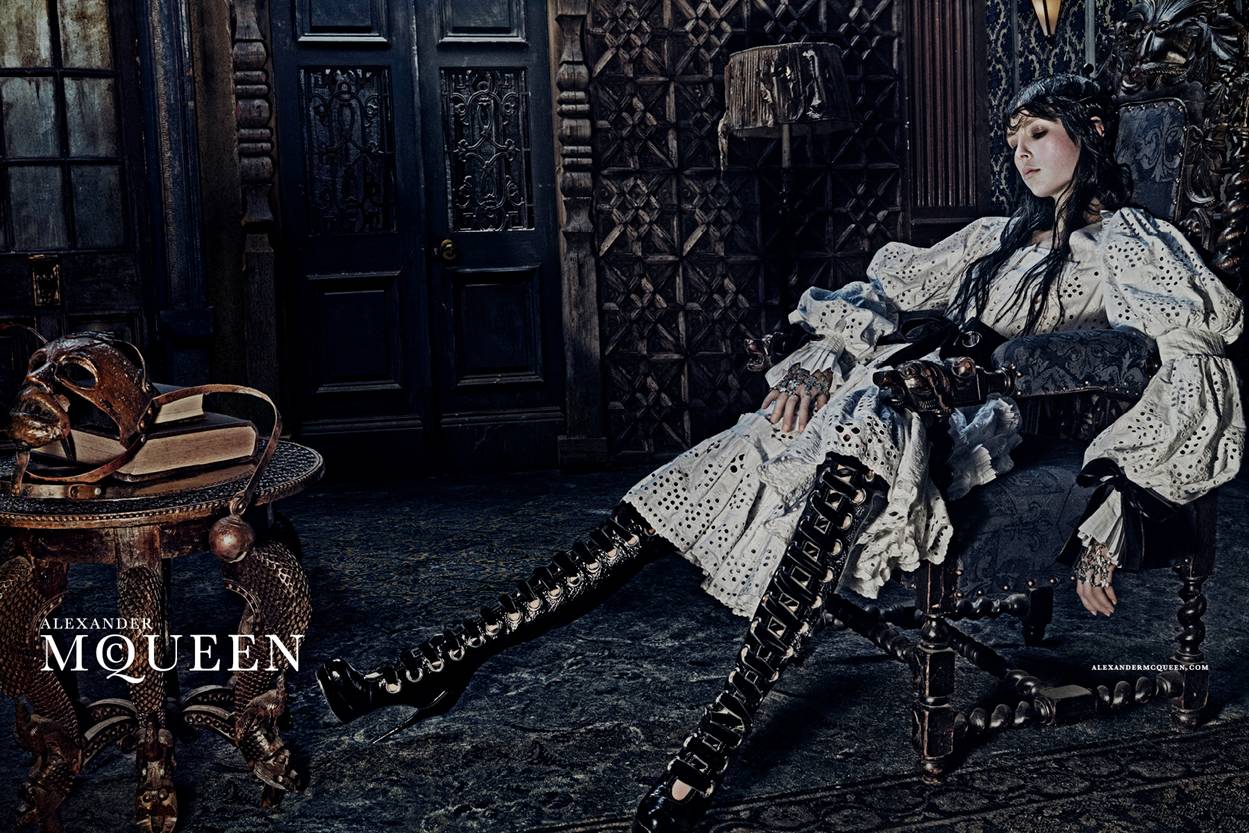 Edie Campbell appears in the ALEXANDER MCQUEEN‘s latest ad campaign shot in London by Steven Klein and showing off the “romantic and wild beauty” from the Fall/Winter 2014/15 show held earlier this year in Paris.

A noted equestrian, Campbell was captured in pieces from the Alexander McQueen collection alongside the polo wrapped legs of a dark thoroughbred.