Certain shows will be of particular interest to the fashion world this year, including one show staged with no creative director. 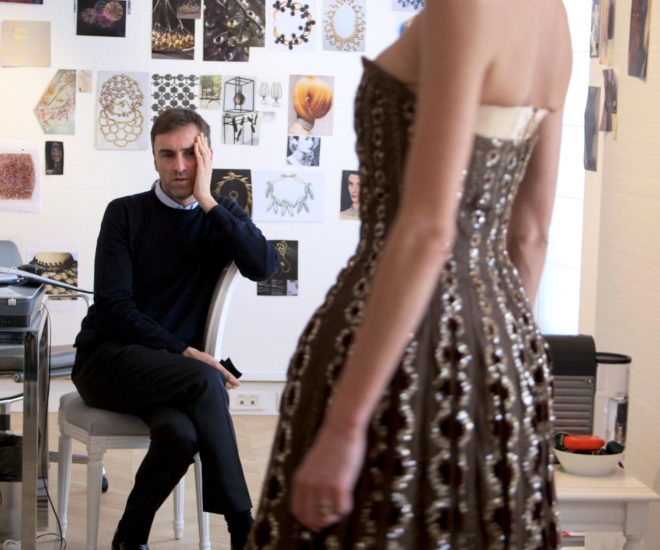 As usual, Paris plays host to the biggest celebration of high fashion on earth even as the big chill rules the streets. Paris Haute Couture Fashion Week officially kicks off today, January 24, and runs till January 28 with around 30 catwalk shows lined up on the official schedule. Certain shows will be of particular interest to the fashion world this year, including one show staged with no creative director and the first steps of a fledgling fashion house in the world of haute couture.

The fashion world will cast its gaze on Paris to spot upcoming trends for spring/summer 2016/2017, even though haute couture is notoriously difficult to read. We recommend simply sitting back to enjoy the shows and the sneak preview of the gowns due to grace red carpets throughout 2016.

However, all eyes will be on three fashion houses in particular at the 2016 Haute Couture Week: Christian Dior, Yiqing Yin and Guo Pei. The departure of Raf Simons as creative director at Dior in October sent shockwaves through the fashion world. Eyes will be fixed firmly on this haute couture show, which is taking place on January 25 with no creative director. The design team alone has been in charge of this collection, as it was for the autumn/winter 2016-2017 ready-to-wear collection. This isn’t a first for Dior, which saw itself in a similar situation after parting ways with John Galliano in 2011, but this preview will still no doubt be one of the most closely watched. Dior could even take the opportunity to make its much-awaited announcement of Raf Simons’ replacement. Haute couture’s “Chambre syndicale” announced back in November that Chinese designer Guo Pei would be joining the Paris catwalk for the first time as a special guest this year. Guo Pei’s January 27 preview will be the closing show of this prestigious fashion week (only jewelry will be shown the final day, January 28), and it’s definitely one to watch. A new arrival will understandably pique the interest of the fashion world, but Guo Pei is also known for creating a huge buzz last year when Rihanna wore her enormous yellow coat-dress to the 2015 Met Ball. Pictures of the red-carpet outfit went viral around the world and on social networks within just a few hours. As a result, this spring/summer 2016 collection is even more keenly anticipated. A new era for Yiqing Yin

The fashion house created by Chinese-born, Paris-raised and Paris-based designer Yiqing Yin was awarded “haute couture” status back in December. Although this isn’t the first time the label has presented its collections during Haute Couture Week, it was, until now, only doing so as a guest member. This marks a new era for the young designer, who recently quit her role as creative director of Léonard to concentrate on her own label. She was also named “Best Fashion Designer” at France’s “Globes de Cristal” awards ceremony in 2015. The front row of this show is sure to be a hot ticket.