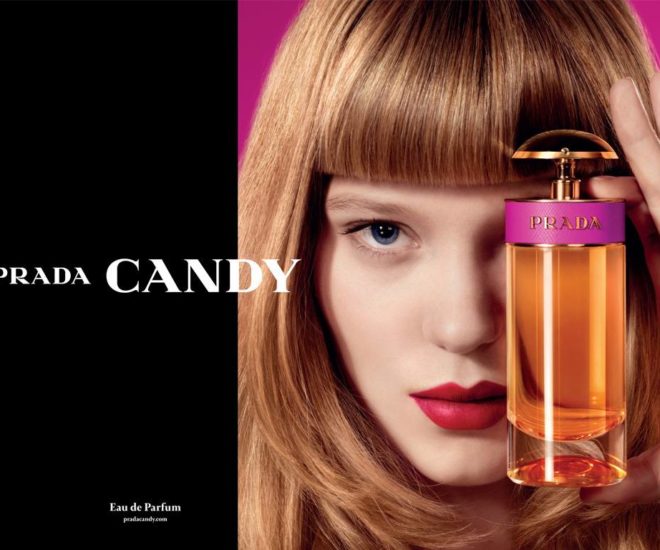 Seydoux starred in the last advert for the fragrance back in 2011, which was directed by famous French art director and photographer Jean-Paul Goude.

In the new teaser, Seydoux’s character introduces herself to a pair of male characters as ‘Candy’ and is seen greedily stuffing her face with popcorn in the cinema, all while dressed in Prada’s floral-inspired spring-summer 2013 collection.

The full film is set to be unveiled next month, but get set for more teasers in the meantime.