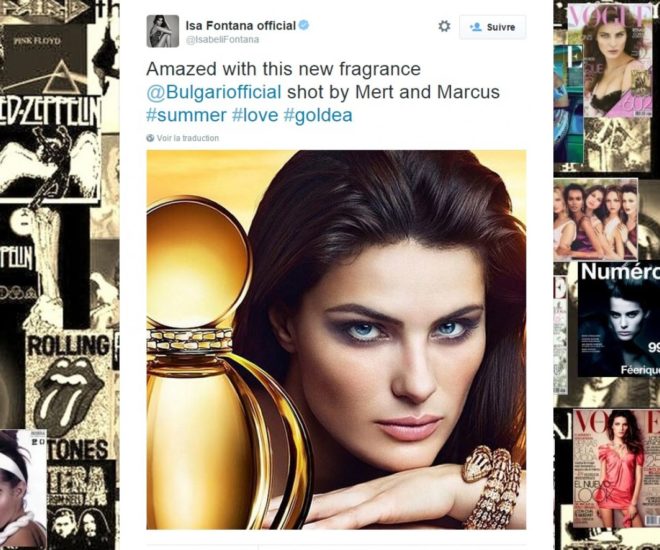 Fontana published the campaign photo on her Twitter account, with a message reading “Amazed by this new fragrance shot by Mert & Marcus.”

Fontana was named the face of the Goldea campaign at the end of June. The scent’s unveiling took place in Sevilla, Spain, where Fontana was the guest of honor. Fontana said she was “honored” to be taking part in the campaign, according to an Instagram post.