Preikestolen, is one of Norway’s most popular tourist attractions is about to get a lot more awesome thanks to Hayri Atak’s Cliff Concept Boutique Hotel 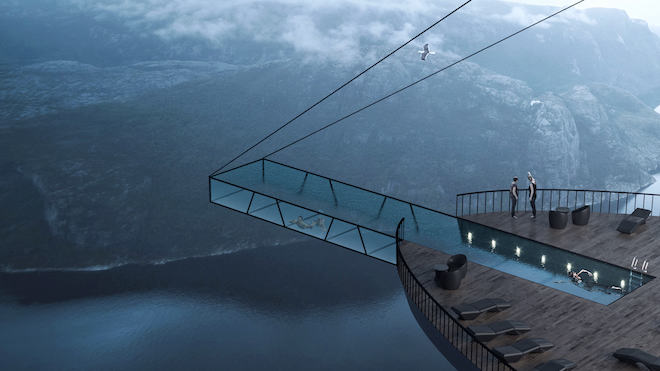 Just when we thought we had compiled the world’s best sky pools, Hayri Atak Architectural Design Studio comes up with a Norwegian Cliff Concept Boutique Hotel which blows our minds and the competition completely out of the water. According to Forbes, Pulpit Rock or Preikestolen, is one of Norway’s most popular tourist attractions, seeing close to 300,000 visitors and adventurers in 2018; the venue also had a starring role in Mission: Impossible – Fallout and they’re bound to send more starry-eyed travellers to the exotic locale.

Nestled almost 2,000 feet off the edge above the Lysefjord, one of Norway’s most picturesque fjords, Hayri Atak’s Cliff Concept Boutique Hotel is designed to be precariously yet safely anchored to the rock face with one additional adrenaline pumping design feature –  the fiver-tier cantilever Cliff Concept Hotel has an extended glass bottomed infinity pool, taking guests and swimmers beyond the rock cliff and over the impressive Lysefjorden Fjord. 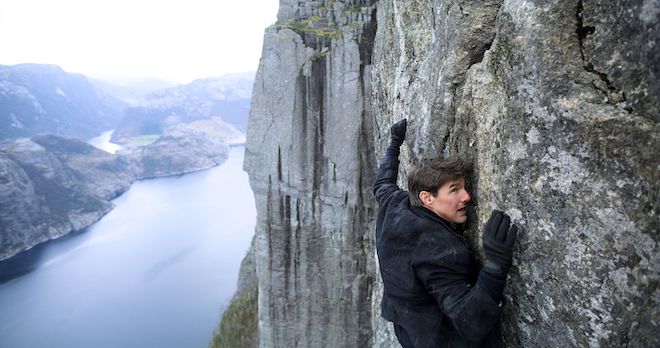 Hang out on Pulpit’s Rock like Tom Cruise in Mission Impossible (but in a safer, more luxurious surrounds)

According to Norsk Folkehjelp (Norwegian People’s Aid) statistics, visitors often underestimate their photo-intensive adventure of a life time. It’s a difficult four hour roundtrip-hike were the rescue team has had to conduct 74 rescue missions this year, already 14 more than 2018 rescues so far. Those are serious numbers and the Hayri Atak’s Cliff Concept Boutique Hotel is probably one of the safer, more luxurious ways to experience the majesty of Preikestolen and the surrounding landscapes. 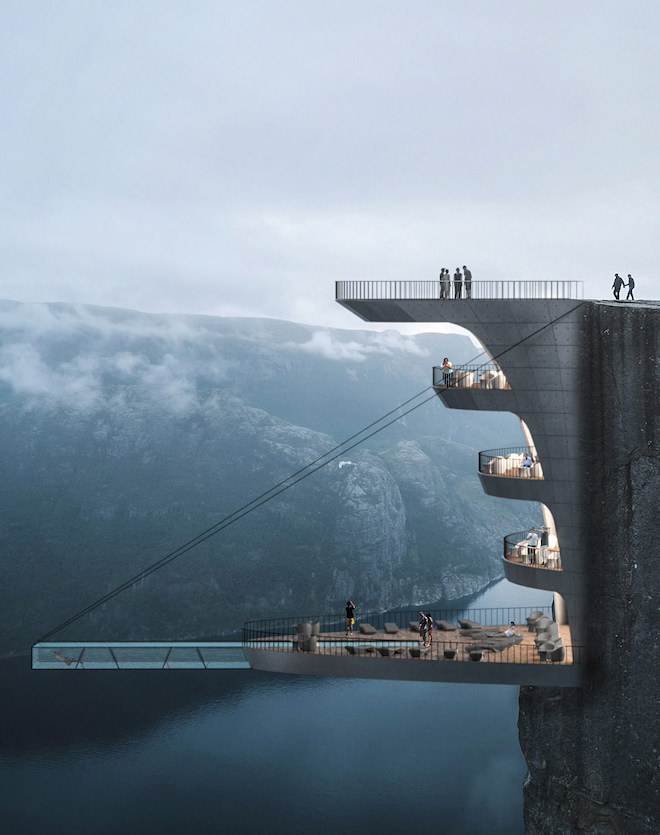 The Istanbul-based designers  are recognised for their awe-inspiring architecture across Europe and the Cliff Concept Boutique Hotel in Norway is no different. Hayri Atak, the namesake founding architect designed the hotel’s upper-most deck as both an expansive viewing platform as well as the entrance of the hotel while the accommodations for nine exclusive suite type rooms are so that guests of the Cliff Concept Hotel get to take in the gorgeous views of Lysefjord un-disturbed by thronging crowds to Pulpit Rock. 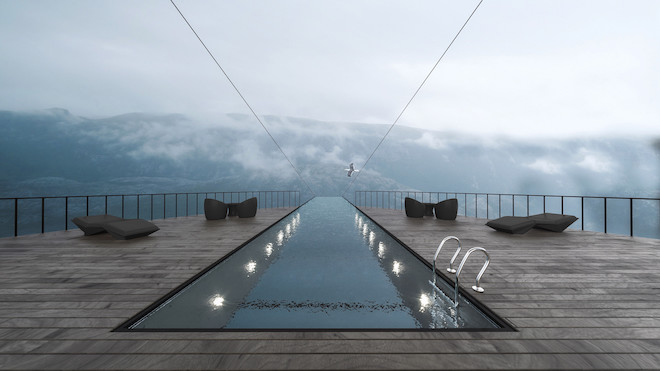 Each of the hotel’s rooms are expected to feature its own balcony jutting out from the cliff face with amenities for one restaurant and cafe which are bound to have the best views for an eatery anywhere in the world. Nevertheless, the jewel in the crown of the Cliff Concept Boutique Hotel would be the literal sky pool at the lowest level of the hotel.

Stretching out across the vast emptiness 2,000 feet above Lysefjorden Fjord, this Norwegian swimming pool is bound to eclipse Singapore’s own Marina Bay Sands sky pool by creating the ultimate rush for guests – a combination of weightlessness and vertigo from the landscape below thanks to its four transparent walls.