A Los Angeles estate belonging to actors Melanie Griffith and Antonio Banderas is listing for $16.1 million. 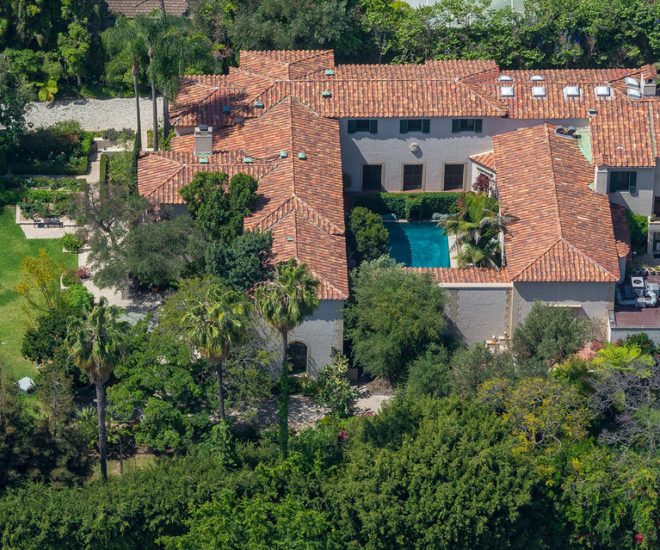 A Hancock Park estate belonging to actors Melanie Griffith and Antonio Banderas is going on the market for $16.1 million. The couple bought the house for $4.2 million in 1999 and the following year added an adjacent lot for $1.3 million, according to the WSJ. They tore down the home on the second lot and combined the two lots to create an acre-and-a-half property with expansive lawns, an organic garden, pool and rose gardens. The 15,000-square-foot Italian revival home was built by architect Gordon B. Kaufmann, who is best known for his design of the Hoover Dam. The three-story house has 13 bedrooms and 11 bathrooms, according to public records. It has a two-story banquet hall, a dining room with hand-stenciled ceilings, a library, four fireplaces and an elevator. The celebrity couple is in the process of finalizing their divorce after an 18-year marriage.