The once divided city is now a vibrant melting pot in the east of Germany. Home to a budding art and music scene, Berliners have created a truly international capital. “Poor but sexy” is how a former Berlin mayor once described his city. To a large extent this is still how Berlin sees itself. However, […] 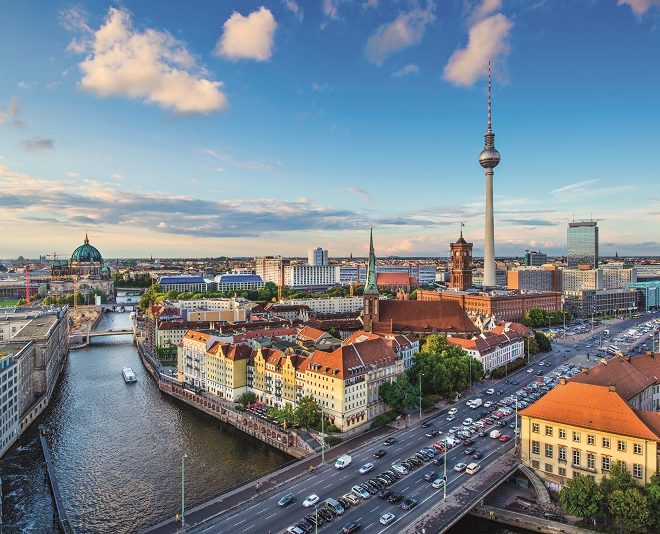 The once divided city is now a vibrant melting pot in the east of Germany. Home to a budding art and music scene, Berliners have created a truly international capital.

“Poor but sexy” is how a former Berlin mayor once described his city. To a large extent this is still how Berlin sees itself. However, since the fall of the Berlin Wall 25 years ago, the heart of the German capital, and particularly the Mitte neighbourhood – the once desolate stretch dividing the European continent – has transformed first into gritty artist hub and more recently into a refined commercial centre. Today, Mitte is the place to experience much of Berlin’s new luxury: a blend of contemporary cool and Old World Prussian glam. It is also the favoured district for foreign investors who are increasingly targeting Berlin, lured by the country’s strong, stable economy, the quality of life and prices still well below those of other leading European cities.

For decades, Berlin’s housing market appeared to be in the doldrums due to the Germans’ fondness for renting homes instead of buying them and rather dismal demographic trends. However, in recent years, low mortgage rates, a burgeoning tech scene and foreign buyers looking for a safe haven have changed the market dynamics. Berlin’s house prices have increased 5.6% annually over the past five years. According to UBS, that is double the average annual rate of increase since 1970.

Price gains have been even more pronounced in the luxury sector, up 9% year-on-year according to Knight Frank’s Global Index. “The enormous gains within the premium segment prove once again that Berlin has firmly established itself as one of the world’s top investment centres”, says Peter Rabitz, Director of Premium Real Estate at Zabel Property Group in Berlin. “And there is nothing on the horizon to stand in the way of further price growth. After all, in comparison with other top centres in Europe, Berlin still has plenty of room for value gains”.

Rabitz says buyers from the EU tend to favour apartments in trendy Prenzlauer Berg or historic Charlottenburg-Wilmerdorf, where charming turn-of-the century houses have been refurbished and are priced between EUR 800,000 and EUR 2 million euros (USD 895,000 to USD 2.2 million). Investors from abroad are more active in Mitte, where new-build projects will often include small units from around EUR 250,000 to EUR 500,000 (USD 280,000 to USD 559,000) and larger apartments that range up to EUR 900,000 (USD 1 million). Large-scale projects are also popping up around central Berlin. North of the main train station construction is underway at Europacity, an ambitious master-planned development that aims to create a thriving, mixed-use neighborhood from scratch. The project will include residential, office and cultural components connected to the train station and other transit lines. In the Kreuzberg-Friedrichshain neighbourhood, another large-scale development called Mediaspree is being built along the Spree River. The expansion of the existing media office zone is set to house a collection of Grade A offices: including those of Mercedes-Benz and Zalando, as well as high quality residential units.

However, despite new developments, Berlin’s housing supply remains tight. The city’s population is set to grow by more than 40,000 a year and new housing construction is unable to keep pace with this rising demand. A forecast published by the Berlin Senate estimates future population growth of 7.5% until 2030. However, this estimate is low, says analysts at Jones Lang Lasalle, given the population increase over the past few years (1.4% per annum from 2012 to 2015) and the additional numbers of refugees arriving in the city.

Britain’s decision to leave the EU is likely to give the city’s residential market a further boost. Even prior to the referendum,  Peter Rabitz noted increased interest from foreign buyers. “Those who have traditionally invested in London are openly considering continental European alternatives”, he says.

It’s not only foreigners who are getting a foothold in Berlin’s property market, German nationals are also flocking to property, as interest rates fall and rents rise. Figures from the European Union’s statistics agency show 52.5% of Germans lived in their own home in 2014, well below the EU average of around 70%. This is sharply up from 2006 when, according to separate data from the German Federal Statistics Office, the level was about 42%.

Despite the boom, suggestions of an overheating property market are largely dismissed. “Talk about a nationwide housing bubble is surely exaggerated”, said Michiel Goris, CEO at Interhyp AG, Germany’s largest real estate creditor. German homebuyers still finance nearly a third of their property purchases with cash. And according to Goris, the structure of loans has even become more conservative as clients are locking in record-low borrowing costs of below 2% for a period of up to 15 years.

Back in Berlin, the housing shortage persists. “The market will continue its positive trend”, says Peter Rabitz at Zabel Property Group. “Demand will still be high and new building permits won’t match the demand for at least the next three to five years”.

Located on the last available plot at Potsdamer Platz, this 13-story building will include 165 residential units on levels 4 to 13 with views across the capital. Residences range from 31 to 270 square metres with 2 to 6 bedrooms and feature modern finishes, technologies and security. Amenities include landscaped gardens, concierge services, parking. This story was published in Palace Magazine