Fashion labels like Versace and Armani are now partnering with developers to front Asian abodes for luxe living. 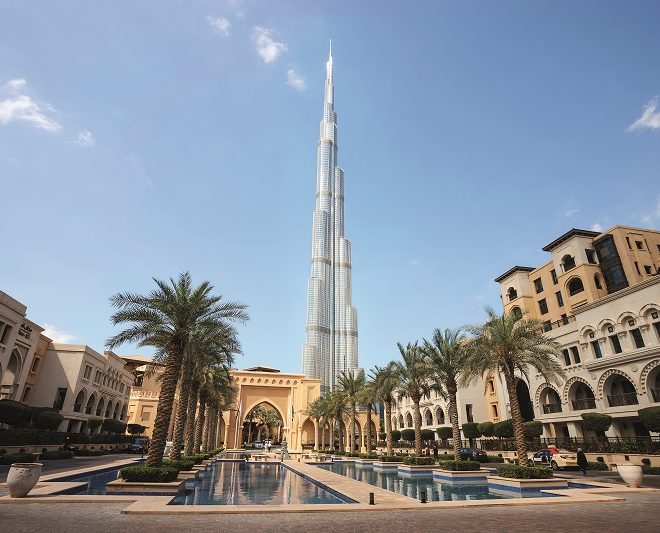 Visitors to the recently completed Milano Residences in the Philippines will be greeted by its slick facade, before coming face to face with the lobby’s main draw – a Versace Home bubble sofa. Next to the statement piece is a sunburst coffee table with a crystal top, also Versace. All at once, touches of the Italian fashion mainstay unravel, in the black leather of dining chairs, steel chrome tables, and even the estate’s porcelain and silver tableware.

The $68 million, 340-unit Century Properties development is the brand’s first residential foray into Asia where designer brand properties have started to take flight, fuelled by demand from locals and expatriates alike.

Residents who opt to have their units in Manila designed by Versace Home are given exclusive access to the brand’s fine home collection, encompassing essentials from furniture to linens and pillows.

“The Versace world is not just expressed in fashion, but in the full spectrum of art and creativity,” said chief executive Gian Giacomo Ferraris, during an interview given shortly after the property’s launch in 2011. “From our love of beauty come tailor-made interior design services and home furnishings that tell of a genuine lifestyle – one that truly shows what ‘Made in Italy’ is all about.”

Ferraris added: “Milano residents will enjoy substantial value and will be proud of owning both an incredible investment and a symbol of a lifestyle never before seen in Manila.” By the start of 2015, the developer had sold 95% of 3,000 units across six projects slated for completion last year, including the Versace branded Milano Residences.

Why are labels having designs on property?

A growing demand for design brand residences in Asia suggests that buyers see property linked to fashion labels as stable, or at least, as stable as those linked with hotel chains and celebrity designers, translating into more gains across the board.

Labels also get an extra avenue to market their products, ranging from cosmetics to spa necessities and fragrances. It is no wonder more names are jumping on the Asian property bandwagon.

Armani Casa will design the common areas, amenities and a few luxury apartments in a development targeted at integrating a modern aesthetic with the traditional concept of harmony between man and nature. It is expected to open by the end of 2017.

“The branded property sector is on an upward push,” said property developer John Hitchcox, who has worked with Philippe Stark, Kate Moss and Jade Jagger.

“I expect rivals will want to outdo Versace with even bigger and more flamboyant plans for homes,” Hitchcox added.

John Hooks, former deputy chairman of Giorgio Armani and group president of Ralph Lauren Europe, who is now CEO of the fashion holding company Pacific Global Management concurs. “We use modern, often Apple-designed products. We work in modern offices in modern buildings. We go on holiday in modern boutique hotels,” Hooks says. “Small wonder many consumers want modern at home, too. It’s what they know and are comfortable with, and homes are all about comfort,” he adds.

As with branded accessories and apparel, association comes with a price tag. Besides having a private elevator, the penthouse is laced with customised Fendi Casa kitchen cabinets, Gaggenau appliances and Italian Calacata marble in bathrooms. The price of an oceanfront residence starts at $6 million, according to, well, us (Editor’s Note: The Palace team referenced the linked story in writing this article, which has now come full circle).

In the case of a dwelling in Milano Residences, where some units boast private wading pools, the figure is placed at a few hundred thousand dollars to more than $1 million.

This is a fraction of what a designer brand unit costs in Miami and just about the average of condominium lodging in land scarce Singapore, but extravagant for an abode in the still-rapidly developing Philippines.  Branded properties are not exclusively tagged to fashion bigwigs; they are traditionally associated with reputed developers and celebrity designers. Buyers are biting, and are likely to fork out 20% to 30% more for a branded property than a less glitzy equivalent, said Joanna Leverett, Savills’ head of international new developments.

“These developments tend to see a similar premium for rentals and on resale, so buyers feel confident their purchase will hold its value. They also increasingly prefer this hassle-free option compared with a standalone Tuscan farmhouse or southern French villa,” she explained.

Going by the trend of good returns, it is possible that Asian buyers are cashing in for investment purposes.

Luxury estate prices in the world’s major cities are set to continue slowing, from 3% in 2015 to 1.7% in 2016, according to the latest Knight Frank Prime Cities Forecast. The report mainly attributed this to China’s economic slowdown.

Hong Kong is expected to be the worst performing market with a price fall of 5%, followed by Singapore, where prices will probably fall by 3.3% in 2016. Forking out extra for a branded home also ensures that buyers, should they choose to make the property their home, live in a lap of luxury. Units such as those in Singapore’s St Regis Residences offer butler services.

For those looking to keep an eye on their supercars, a pad in Reignwood Hamilton Scotts comes with a private garage that lifts cars to a resident’s living room. This does not come cheap. Renting costs $11,000 a month, while buyers can expect to pay $1,640 – $2,625/sq. ft.

The benefits on tying up with an established brand extends to developers too. A report by C9 Hotelworks, a Phuket-based hospitality and property consultancy forecasted in October 2015 that more developers will strive for international hotel group affiliations.

This is “given the demonstrated brand premium in selling prices between 20% – 30% and the connection with associated hospitality assets,” the report added. The hotel residences market in Southeast Asia is valued at $16 billion. This consists of 28,000 branded units spread over 120 projects. According to the same report, the number of developments could be influenced by land sale prices. Thailand, Indonesia and Vietnam were at the top of the table.

Land prices in Singapore averaged more than $25,000/sq. ft. – the highest in the region. Even so, demand for units in the South Beach Residences condominium, eclectically conceptualized by reputed French designer Philippe Stark, has not wavered. The 190 luxury apartments are expected to be completed in the first half of 2016.