A new Hong Kong apartment has been crowned most expensive in the city, and possibly Asia. The luxury apartment sold for a record HK$594.7 million. 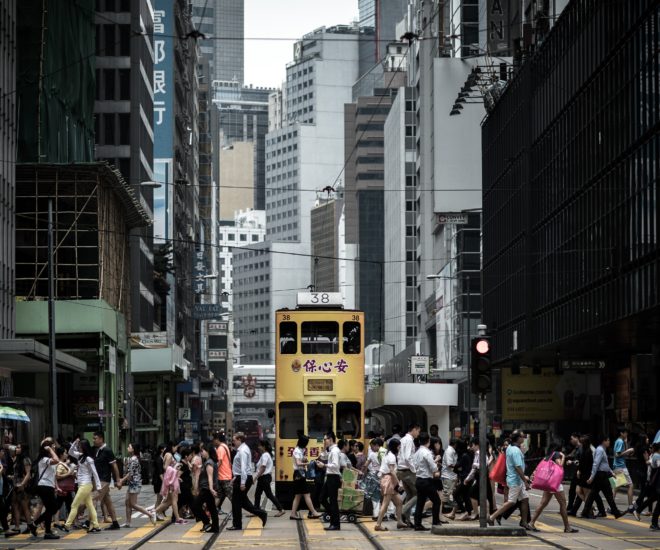 In a story that slipped beneath the holiday season radar, a new Hong Kong apartment has been crowned most expensive in the city, and possibly Asia (excluding the Middle East). The luxury apartment in Hong Kong sold for a record HK$594.7 million ($76.7 million), days before Christmas, according to reports in December 2015.

The unidentified buyer paid more than HK$103,700 per-square-foot for the 5,732 square-foot (532 square-meter) unit at the luxury 39 Conduit Road apartment tower in the Special Administrative Region’s upmarket Mid-Levels residential area, The Apple Daily and The Standard reported.

The condominium, on the 46th floor with a view of the iconic Victoria Harbour and a 1,754 square-feet rooftop, had a list price of HK$646.48 million on developer Henderson Land Properties’ website according to the South China Morning Post.

The price beats the previous record HK$470 million paid for a luxury unit, which takes up the entire eighth floor of the Opus Hong Kong, a 12-storey residential building designed by Pritzker Prize-winning architect Frank Gehry, in 2012.

Henderson Land was not available for comment when the AFP picked up the story. As of the publication of this story, no word has emerged on the identity of the buyer nor of any official comment on the sale.

This comes as analysts said a US interest rate hike could put an end to the housing boom in the Chinese city, which maintains a decades old peg with the US dollar.

Hong Kong-based brokerage CLSA warned the residential market was at a “turning point”, with prices possibly dropping 17 percent by 2017, while other firms have tipped falls of up to 30 percent.

Hong Kong’s de facto central bank raised its base interest rate by 25 points to 0.75 percent after the US Federal Reserve announced its first rate increase in more than nine years.

But chief analyst for Midland Realty Buggle Lau said the record-breaking purchase does not reflect the bigger picture of the overall property market in the city.

“The super-rich, I don’t think the small increase in the interest rates have any impact on their purchasing power,” Lau said.

“This is exceptional, it can’t reflect the whole market,” which he described overall as “sluggish”.

Property prices in Hong Kong, famous for its sky-high rent and super-rich tycoons, have more than doubled in six years due to record low interest rates and a flood of wealthy buyers from mainland China.

Many residents complain they can no longer afford decent accommodation in the city of seven million people, and analysts say property ownership is out of reach even for the upper middle class.