The University of St. Thomas in Minnesota is home to the Frank Gehry-designed Winton Guest House, and it’s soon putting the house up for auction. 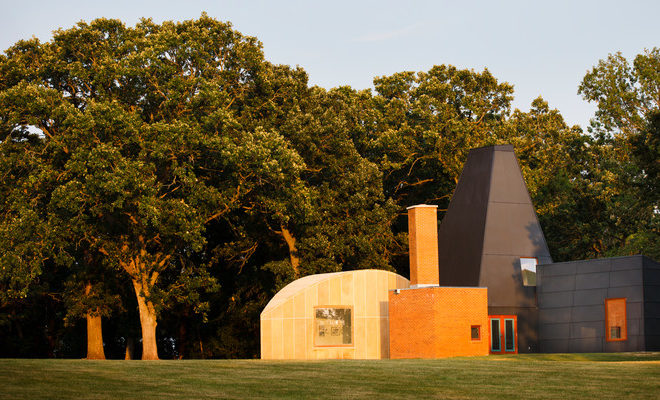 The University of St. Thomas in Minnesota is home to the Frank Gehry-designed Winton Guest House, and it’s soon putting the house up for auction, with a slight catch: you buy it, you move it.

Commissioned by Mike & Penny Winton in 1982 for their Lake Minnetonka property, and completed in 1987, the house has already been moved once: the Wintons sold their property in 2002 and the buyer donated the house to the University in 2007, with the provision that it be moved.

It was divided into eight sections for its 110-mile move in 2008 and later renovated on the new spot, a 180-acre site at the university’s Daniel C. Gainey Conference Center in Owatonna, Minnesota.

The Owatonna land was purchased last year by a health services company, and while the university kept ownership of the house, it agreed to move it once again, with an August 2016 deadline.

The modern and contemporary design auction house Wright is set to handle the house’s auction on May 19.

According to the university, the 2,300-square-foot house comprises five geometrically shaped rooms that surround a pyramid-shaped living room.