Buy the House Where Scarface Was Filmed

The house where the 1983 film “Scarface” was filmed has now been put on sale for a $35 million. 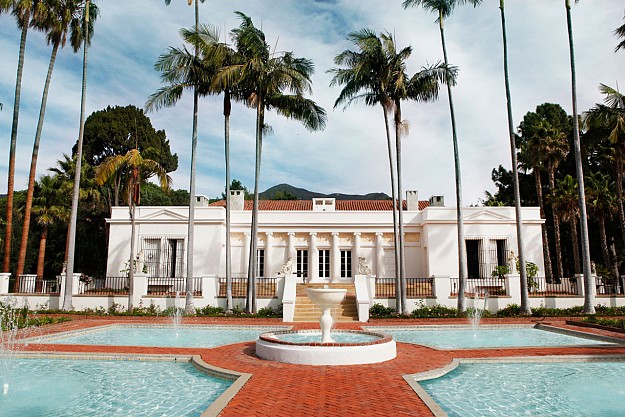 The house where the 1983 film “Scarface” was filmed has now been put on sale for $35 million. Directed by Brian DePalma, the film chronicles the rise and fall of Cuban refugee, Tony Montana (Al Pacino), and his descent into the dark depths of the drug wars in Miami.

Even though the movie was set in Miami, the house that was used for the shoot is actually located in Santa Barbara, California. The house is nearly 10,000 square feet, with 4 bedrooms, 9 bathrooms and a roof deck that has views of the Pacific Ocean and the Channel Islands. Mr. Goodhue incorporated both Roman and Middle Eastern influences into El Fureidis, including a Byzantine-style “conversation room,” an alcove with an 18-foot-high domed ceiling.

In the dining room there is a barreled ceiling, painted in 24-carat gold leaf, that depicts a scene of Alexander the Great conquering Persepolis. The outside of the house is decorated with bas-reliefs designed by sculptor Lee Lawrie, who is known for the bronze Atlas at NYC’s Rockefeller Center.

The grounds include Persian-style gardens and fountains. In the rear, there are two levels of patio and four reflecting pools. A series of staircases lead to cascading pools and other water features.