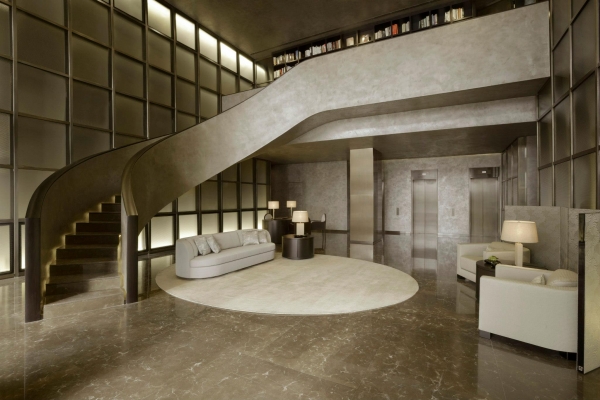 Giorgio Armani’s interior design studio Armani / Casa has announced plans to work on its first Chinese luxury residential project in the city of Chengdu. L’Art Residence will be situated in the center of Chengdu and will consist of two 222–meter-high buildings, each containing 65 apartments. The fashion mogul’s brand will work in partnership with the Chinese cultural body Mind Group for the design and development of the project.

Each apartment block will feature a heated rooftop swimming pool, whilst the living spaces themselves will be furnished with pieces from the Armani / Casa, Armani / Rocca and Armani / Dada ranges.

The apartments will be sold in the second half of 2014. The development period is slated for 2016. Armani/Casa’s interior design service was launched in 2003 and the group, under the artistic direction of Giorgio Armani, is directly involved in the selection of all materials, colors and finishes in the furnishings chosen as well as the conception of bespoke furniture.

Recent projects include the Maçka Residences in Istanbul, and the World Towers in Mumbai.