The Latest Beefbar In Paris Revived A 19th-Century French Hotel

Monaco-born restaurateur Riccardio Giraudi opens his third Beefbar this year and it is arguably the most extravagant of his international concept bars. 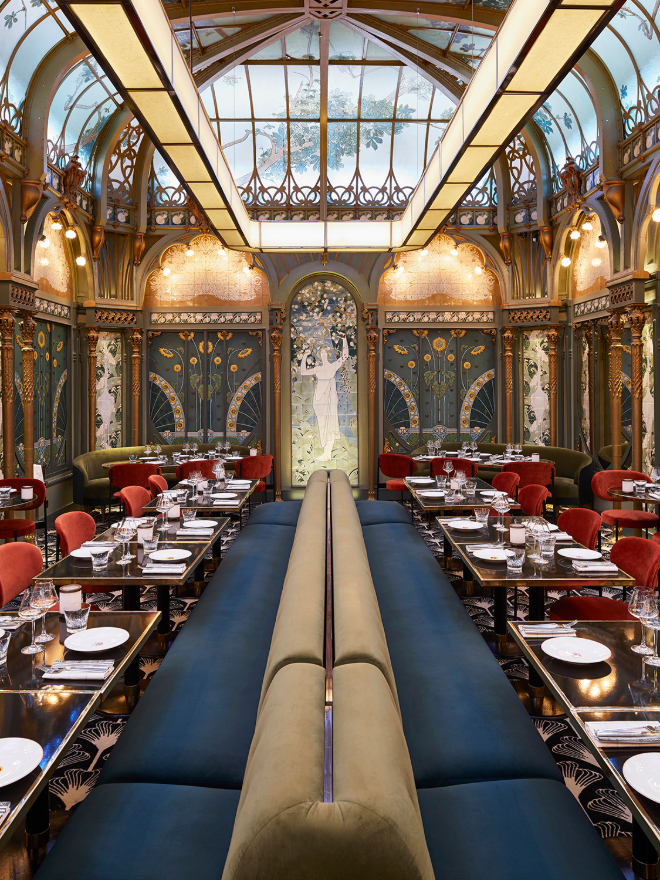 Minimalist design is all the rage today. Even as we bring back over-the-top retro, a minimalistic twist inevitably finds its way to refine these modern interpretations. However, we still marvel at art forms of the past. There is an undeniable and enduring appreciation for the restoration and preservation of historical art, monuments, and sites because they offer us glimmers into the past.

European restaurateur Riccardo Giraudi’s Beefbar is the third one to open in 2018 with interiors that find harmony between 19th-century architecture and modern industrial-style design. Following two other debuts in Dubai and Mykonos this year, the latest iteration sets itself in Paris within the restored Lamgham Hotel from 1898. 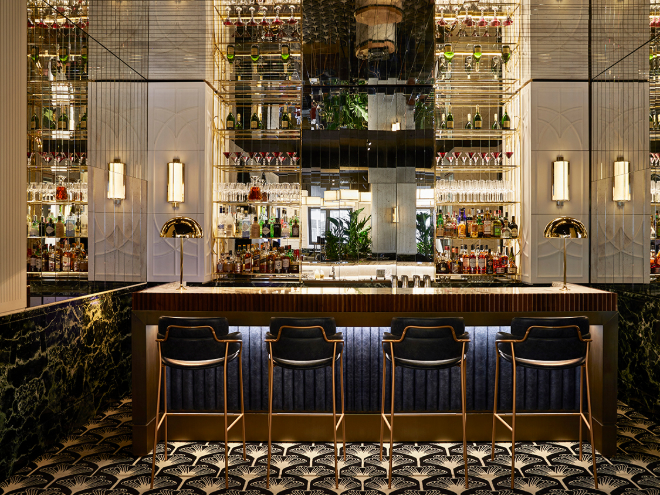 The design project had been undertaken by Emil Humbert and Christophe Poyet of Monaco-based architectural firm Humbert & Poyet. Engaged previously to design the editions in Hong Kong, Mexico, and Monaco, the duo challenged the boundaries of the forgotten space that was walled-up during World War II, only to be discovered by chance and made a historical monument in 1983, when it was thereafter left behind again. 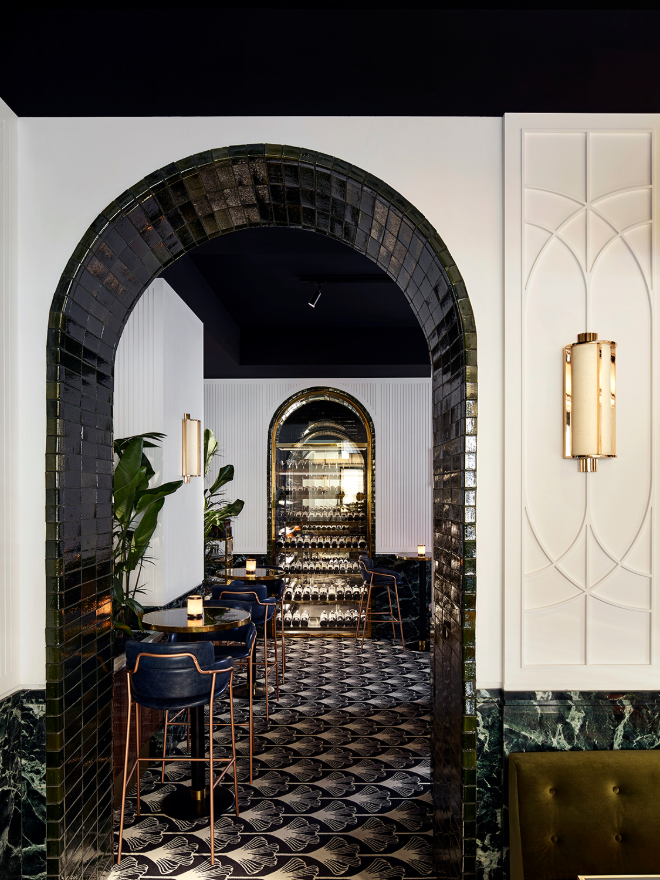 A slight departure from the “refined simplicity” concept of its predecessors, the resulting amalgamation of styles is impressively elegant and sensitively traditional. Art Nouveau elements such as the signature pastel green shades, patterned carpeting and intricate frescos were carefully restored, while Art Deco marble, etched staff walls, faceted mirrors, lacquered walnut and brass fittings were preserved. In all its glory, the original features were juxtaposed with industrial-style minimalist woodworks and ceiling. 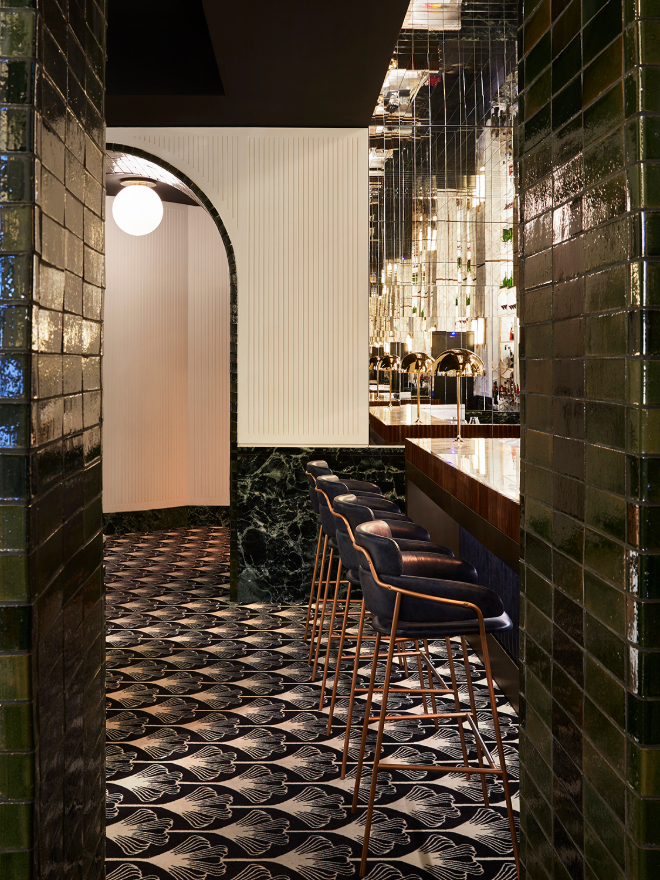 The strong colours and modern furnishings were a befitting contemporary spin to revive a century-old monument. With the Eiffel Tower within eyeshot, Giraudi makes yet another bold statement with this Paris edition. 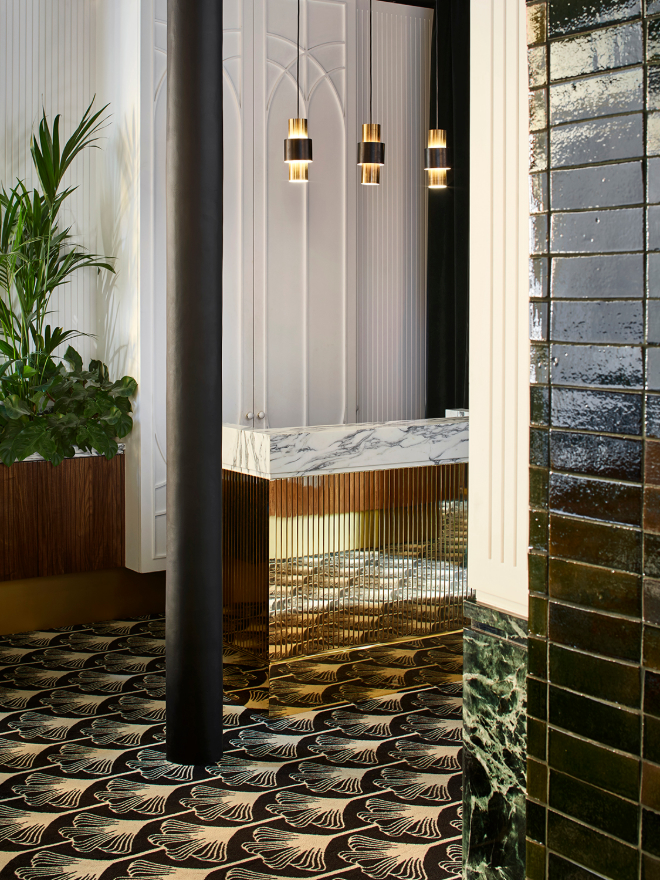 Beefbar has been popular with meat eaters since its first Monte Carlo restaurant in 2015. In 2016, Beefbar Hong Kong earned its first Michelin star in the 2017 Hong Kong & Macau Michelin guide. The Paris instalment is another stunning addition to the lineup.

For more meat to the Beefbar story, visit www.beefbar.com.