Marco-Pierre White Carved A Piece Of England In Singapore: Your Next Restaurant-Hotel Destination

Marco-Pierre White dubbed the first celebrity chef of the UK restaurant scene, opens a brand new restaurant-hotel in Singapore. The English themed transformation will leave you in awe. Two adjoining shophouses along 28 sultan road have been going through a massive overhaul quietly over the past 2 and a half years. The venue, previously a bar called Madam Wong’s is now refurbished into a restaurant-hotel by British star chef Marco-Pierre White.

Called the godfather of modern cooking, Marco-Pierre White is a British chef and a television personality who has mentored notable chefs like Gordan Ramsey, Mario Batali and such. White started his culinary career at the age of 16 with no more than £7, a box of books and a bag of clothes. After years of training, he ventured out on his own and won his first Michelin star almost immediately. By the age of 33, the legendary chef-restaurateur became the youngest chef to attain three Michelin stars. “There will be no signage outside. The place is understated, very English.”

White’s vision for The English House was to build an establishment that represents the rich culture of old England – “There will be no signage outside. The place is understated, very English.” In order to achieve the rugged and aesthetic, new pieces of tiles were deliberately restored to replicate an old mould while the fixtures were sourced and imported personally by White from the United Kingdom. Each individual piece of furniture dotted around the premise chronicles a thread of history. According to White, a majestic crest situated right at the foot of the entrance is sourced from the movie Enigma. Other furniture also includes huge 19th-century shelves originally from the Birmingham Library. Together with the drapping lamps and the bracket lights that form an intricate cast on the walls, every object right down to the door handle was meticulously handpicked to fit the setting. 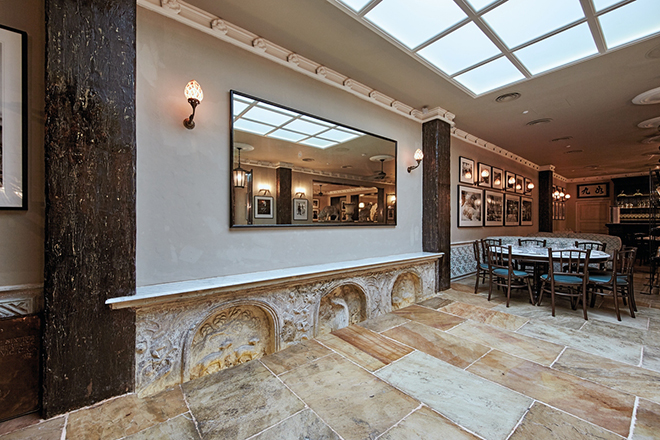 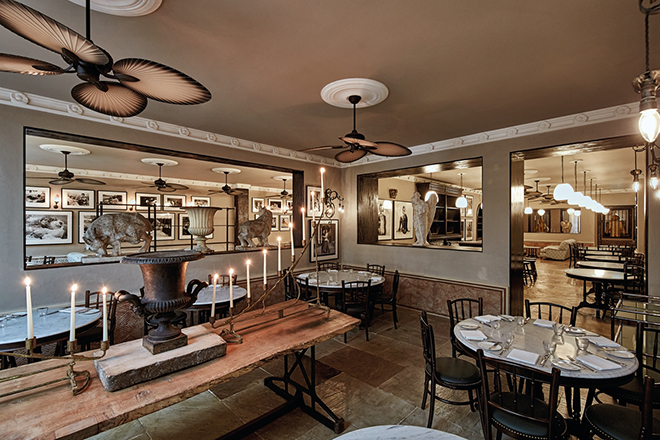 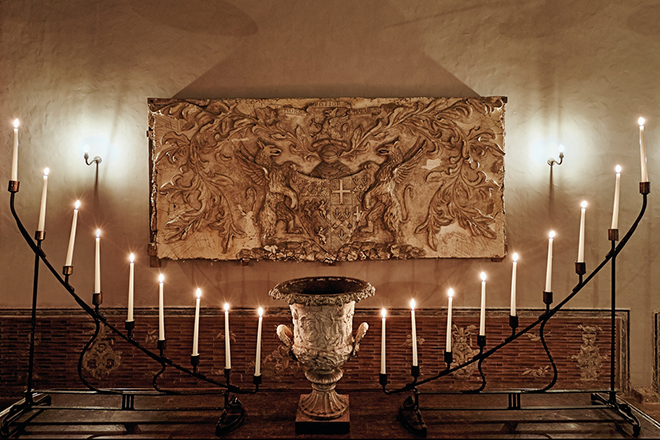 “It will be an English country house in the city,”

While the 19th century-themed restaurant is now set in motion, the hotel slated for an end-year 2018 opening is reminiscent of a cosy home. The English House will have 18 plush bedrooms with en suite bathrooms, located on the second floor and attic of the pre-war shophouse. Additional amenities will include a divine private garden at the back of the building, designed exclusively for the guests to enjoy. “It will be an English country house in the city,” says White, where one can be pampered under a luxurious English setting that feels close to home.