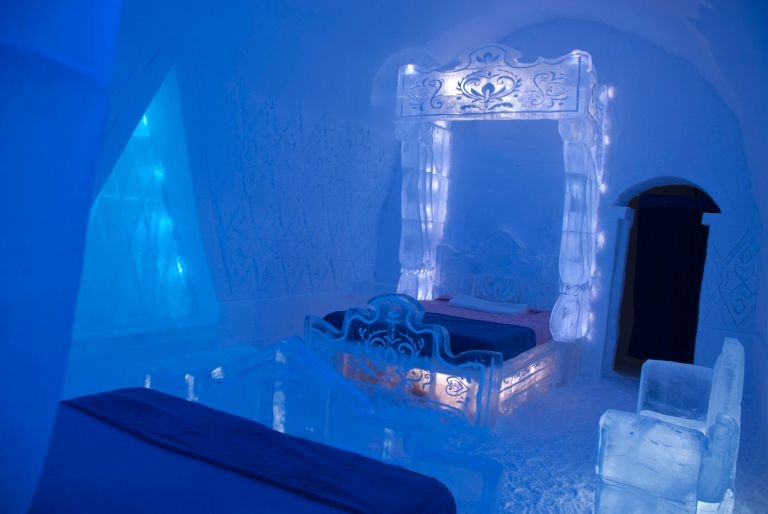 Quebec City’s iconic ice hotel has carved out a bedroom fit for a snow queen in a collaboration with Walt Disney Studios with their “Frozen”-inspired suite. The Frozen Suite is modeled after the royal bedrooms of sisters Anna and Elsa featured in the film. The Suite features an ornate, ice-carved bed, armchair and bench, and will be open through March 23.

The movie itself is set in the dramatic landscapes of a wintry Norway and the film’s fictional town of Arendelle, inspired by the picturesque Nordic town of Bergen.

The hotel is located 10 minutes from the center of Quebec City, which will be hosting the 60th edition of the world’s largest winter festival, the Quebec Winter Carnival between January 31 and February 16.