Sanlorenzo has launched the 64Steel, Attila, its biggest-ever model at 64m in length with a beam of 13m, five decks and a volume  of 1,600GT. Built for an Argentine owner, the yacht features an exterior by Officina Italian Design and Sanlorenzo Style Division, and an interior by Francesco Paszkowski Design, which also worked with Margherita Casprini on furniture and decor. 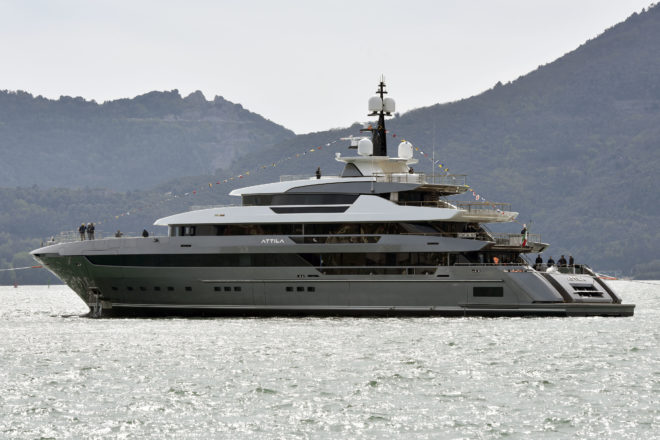 A distinctive feature is the connection by a double stairway between the aft area of the main deck, which features a dining area and pool, and the lower-deck beach club, which has a sauna, hammam, massage room and gym, and covers 78sqm with the side platforms open. The design ensures guests aren’t separated as they enjoy these two key outdoor areas.

Other features include an owner’s deck with a large whirlpool bath in the bow, four guest cabins and a full-beam VIP suite on the main deck, the ability to carry two 10m-plus tenders, a maximum internal beam of 12.5m and a touch-and-go helipad, which can be turned into a solarium.

Sanlorenzo’s upcoming models include the SD96 featuring exterior lines by Italy’s Zuccon International Project and an interior by Spanish architect Patricia Urquiola, the latter designing for a yacht for the first time. The SD96 will premiere at September’s Cannes Yachting Festival. 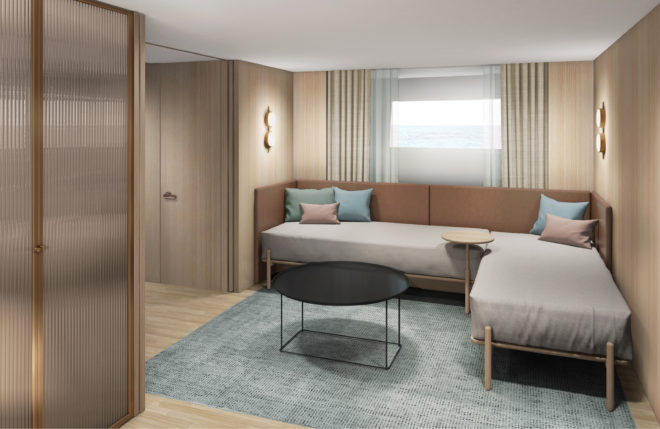 On the SD96, the lower-deck living room (below) can be transformed into a VIP cabin 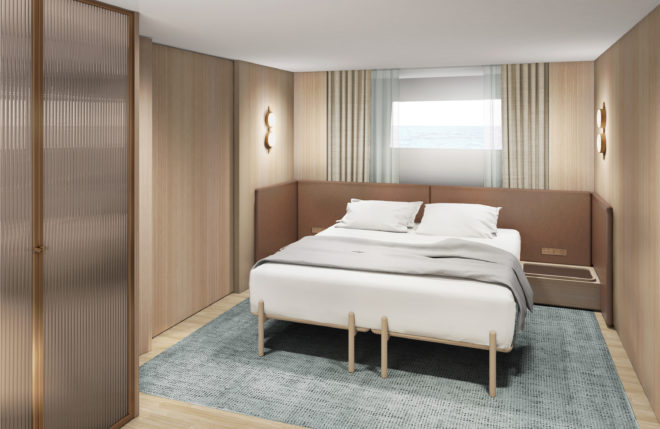 Massimo Perotti, Chairman of Sanlorenzo, said: “I chose Patricia because I wanted to add a more feminine touch to the interiors in Sanlorenzo yachts, something which until now had been foreign to the nautical world. And today she is the most sought-after woman in global design thanks to her ability to combine beauty and comfort. “

Urquiola’s interior focuses on ‘transformability’, making for a boat capable of adapting to the needs of those on it. For example, in the main-deck saloon, a dining table for 10 can be created from a bench in front of the sofa.

The upper-deck skylounge, with fully opening windows, can be used as a living room, dining area or cinema due to modular furniture, while on the lower deck, the living room can be transformed into a VIP cabin with bathroom through a system of sliding panels. 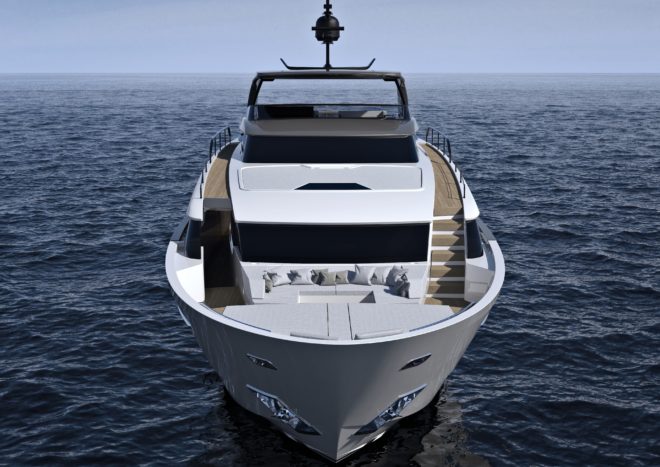 Sanlorenzo is also developing the SL96Asymmetric, which will join the SL line of planing yachts – ranging from the SL78 to SL118 – and be the second asymmetric design following the launch of the SL102 at Cannes last year. The SL96Asymmetric is expected to debut at the next Boot Dusseldorf in January 2020.

As with the SL102, Zuccon International Project is again designing the exterior and retaining only one side deck, on starboard side, while the 29m-long SL96 will feature an interior by Italian designer Laura Sessa.

The layout for the saloon on the main deck includes a large dining room with a full-height glazed window to port that faces directly onto the sea, while to starboard is a living room that opens onto a balcony. Colours chosen for materials and finishes are those of the Mediterranean, a distinctive sign of Sessa’s projects.