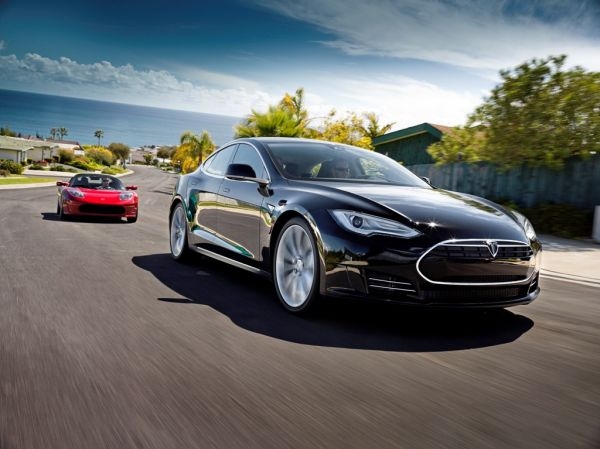 TESLA is testing its latest autopilot feature with the electric car’s upcoming semi-autonomous tech being tested by Model S drivers.

With the help of a camera, radar and an ultrasound sensor, the autopilot function includes automatic alignment behind other vehicles in all directions, a programmed adherence to speed limits and an emergency brake.

In the future, all owners of the Tesla Model S will benefit from the technology via a systems update. For the moment however, Tesla is a long way from presenting an entirely autonomous electric car.

The car manufacturer has also worked hard on its charging poles and presented a surprising prototype over the summer. The charger moves like an automated snake and automatically plugs itself into the vehicle without any human intervention. The motor brand would like to favor this sort of solution in the future rather than opting for the induction charging method, tested in particular by Volvo. The latter method involves transferring energy using an electromagnetic field in order to charge electric cars wirelessly.