With the great response to their earlier carbon-fiber P1, McLaren aims to do the same to the Spider. 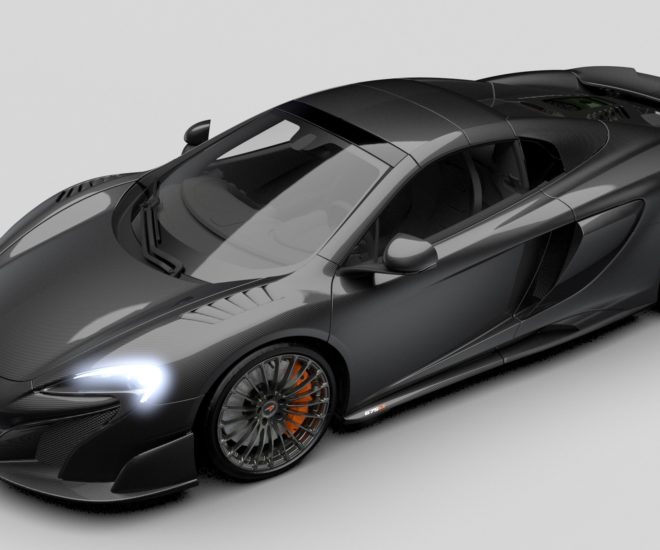 This isn’t exactly something new since McLaren did it with the P1 model but the British automaker has decided to make a special edition of the 675LT Spider in exposed carbon fiber. The positive response garnered from the company’s earlier effort on the P1 probably contributed to this creation and while that was a one-off, done by the bespoke arm of the company, this version will be a true production car. Well, a production car by McLaren’s standards means that the McLaren 675LT Spider is limited to 25 examples and all are spoken for!

The allure of carbon fiber comes from its exotic nature – stronger than steel but extremely lightweight. That fits right in with the 675LT Spider, which is in the company’s super series for shedding as much weight as possible to improve performance. While much of the Spider is already done up in carbon fiber anyway, this edition takes things further still, with 40% more of it in the build. To celebrate this fact, the body is not painted, merely given a high gloss finish that promises to accentuate the weave inherent in carbon fiber.

One item that remains untouched though is the engine – which is still a 3.8 liters V8 with twin turbos. When spooling it gives the car 675PS (that’s 666bhp), a 0-100km/h time of just 2.9 seconds and a top speed of 326km/h (203mph). These numbers have yet to be modified to take into account the weight savings so we shall see how this plays out. Other new aspects to this model include front wing louvers and three integrated cameras for capturing track action as part of a Track Telemetry pack.

Sadly to say, for those interested, McLaren announced that every single model of the car was already pre-sold, even though production won’t be starting until the fall. They aim to deliver each car to its owner in time to make the greatest Christmas present ever but, honestly, this sounds like an overly optimistic timeline!