A pedal-powered car built by German motoring icon Porsche is a steal at just $900. 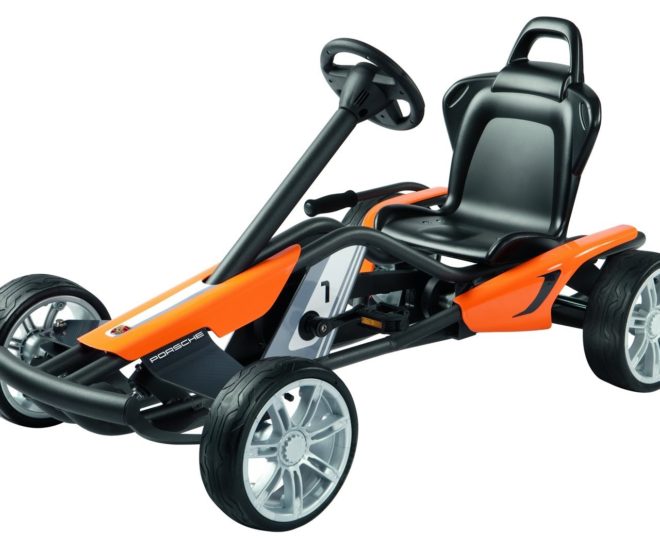 A pedal-powered car built by German motoring icon Porsche is a steal at just $900.

The Porsche Driver’s Selection Go-Kart features composite alloy wheels complete with inflatable tires, a proper sports seat and a handbrake for evasive maneuvers that the driver can use in conjunction with the back-pedal coaster brake.

Weighing in at a mere 25kg, the kart should be nimble and quick off the mark, even if it is only being propelled forward by the driver’s own power; however, the lack of a serious six-cylinder race-tuned engine should make it more, rather than less appealing to safety-conscious parents.

Porsche claims that the kart is suitable for all young drivers aged five and over, weighing no more than 50kg and no more than 1.5 meters tall.

However, many parents will claim that the Go-Kart is a vaguely concealed attempt to strengthen the Porsche brand with the next generation of drivers, before they’re even old enough to travel in a car without some form of bolster cushion.

And while there is clearly an air of marketing about the Go-Kart, it does provide serious fun at a serious price of $900.