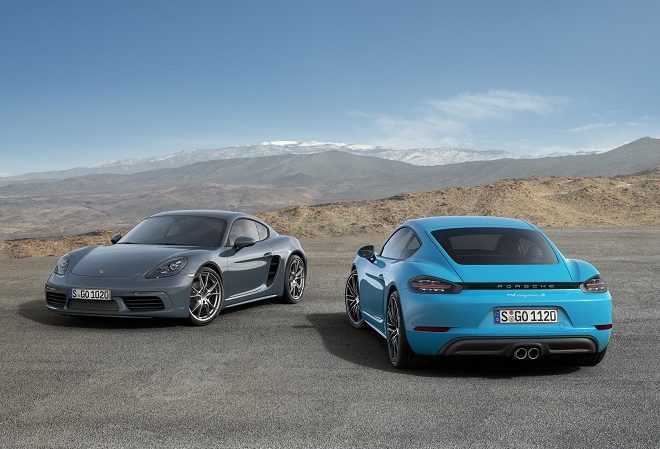 When the Cayman came out in 2005, it was seen as a ‘lower-tier’ model, if such a thing can be said for a marque like Porsche. This was probably a reaction to the Cayman’s accessibility than anything else. Over time, Porsche has tailored it into a model more than able to hold its own. Now, at the Beijing Auto Show, the 718 (a similar uplift was done on the Boxster) is the version of the Cayman that keeps itself affordable, while still providing the best specs. The car will go on sale September, and will cost €51,623 (a price sitting below the Boxster), while the special S variant will cost €64,118.

First thing to note is the exterior, which features sharpened lines and a redesigned nose for larger air intakes. The sills are etched deeper and the side vents are bigger and boomier. There’s a new diffuser and exhaust design on the back. All this keeps in with a keener and more developed muscularity to the whole frame. On the interior tech front, the Cayman sports an infotainment system with all the latest gen features, such as extensions for smartphones, and access to Apple CarPlay as well as Porsche Car Connect. For those that want to tick all the option boxes, they can add the Sport Chrono Package and the active suspension management system – their controls are now mounted on the steering wheel as a rotary dial, just like on the 918 Spyder hypercar.

All this bodes well for the Cayman, at least on paper. When it ships, we’ll see whether the verdict is justified.

This story was written in-house, with an AFP story as the source and AFP images.