Pagani’s new Zonda HP Barchetta is not playing games with its US$17.5 million price tag and full 789 bhp. Revealed at Goodwood, London, for the 25th anniversary of the Festival of Speed, the steed was part of a motorcade, which drove down en masse from Pagani UK’s North London Headquarters to the event, along with 9 other supercars. It was driven by founder Horacio Pagani, who owns one himself.

Joining in the posse were the Pagani Huayra Roadster, also making its debut, and the one-off Zonda Oliver Evolution, which was the very last 760 edition of the Zonda made in 2016. 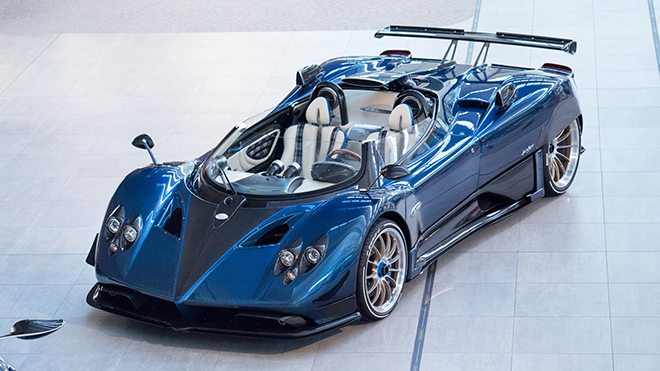 “We were really delighted to be involved with the Goodwood Festival of Speed once again in such a high-profile way last weekend, and to be one of the many amazing attractions at this world-leading, must-attend event,” – Christine Clarkin, Pagani UK’s Dealer Principal.

The roofless beauty holds a madcap V12, a naturally-aspirated 7.3-litre biturbo matched with a six-speed manual gearbox. As for the suspension, four-wheel independent double wishbones, upper rocker arm with coil springs and adjustable Öhlins shocks, and an anti-roll bar. 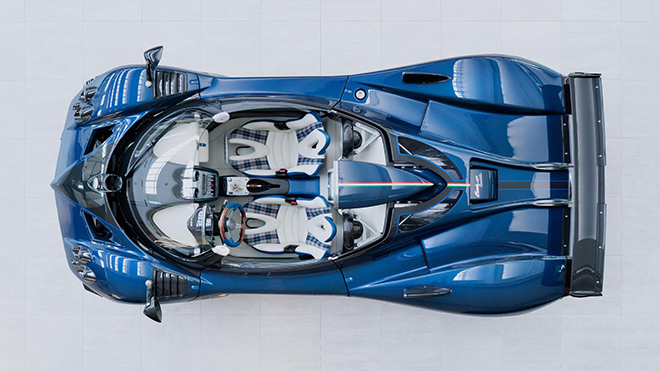 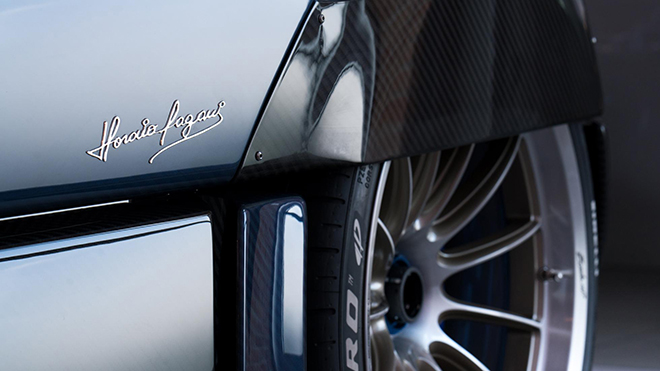 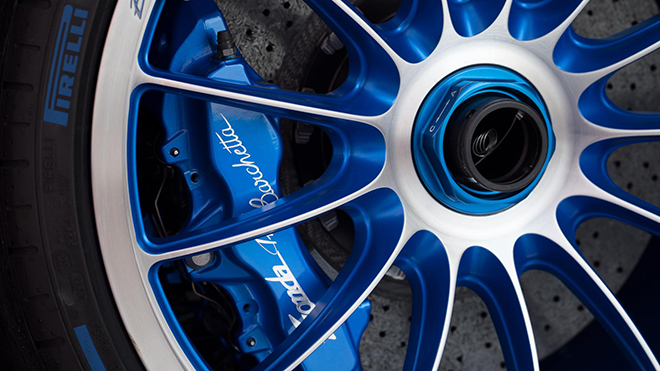 It is fitted with 20-inch front and 21-inch rear forged aluminium wheels with gold inlays on the left wheels and blue inlays on the right wheels. 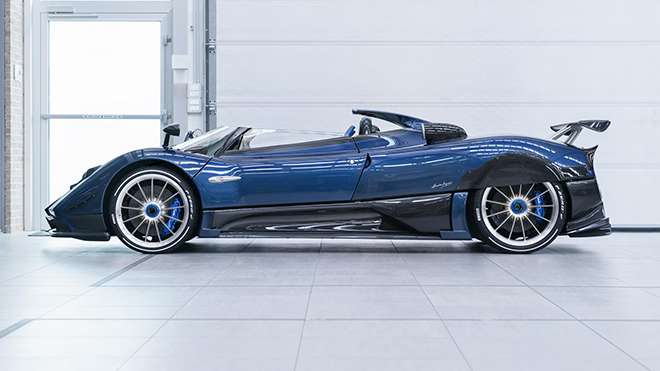 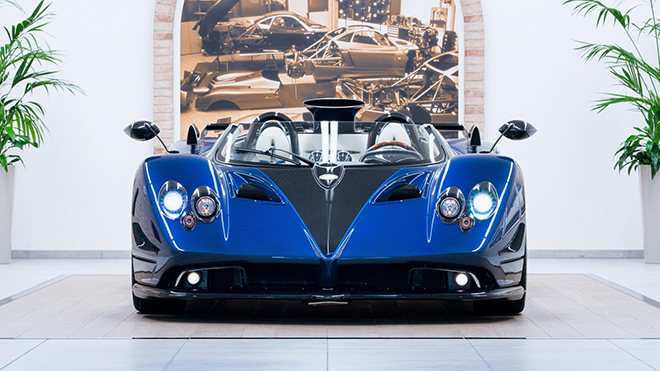 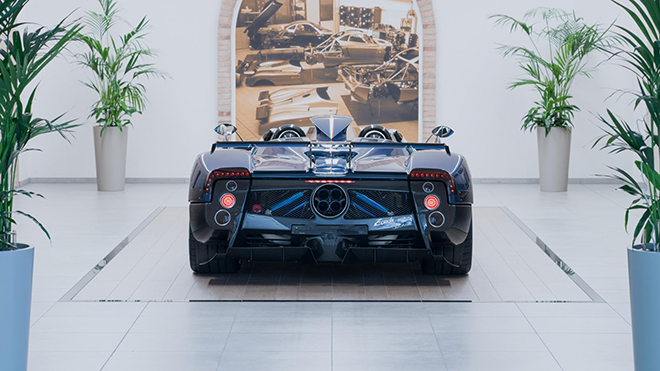 With carbon fibre rear wheel fairings, a fixed rear wing, and a roof scoop, the topless car is a neat ride for anyone willing to part with the cash. 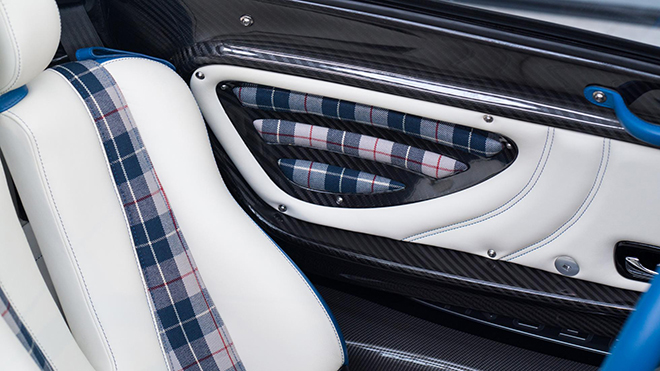 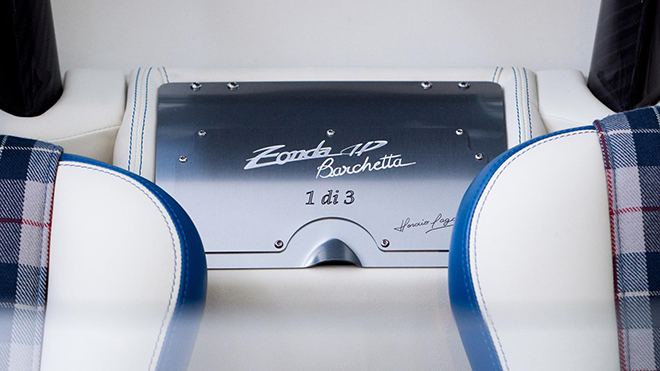 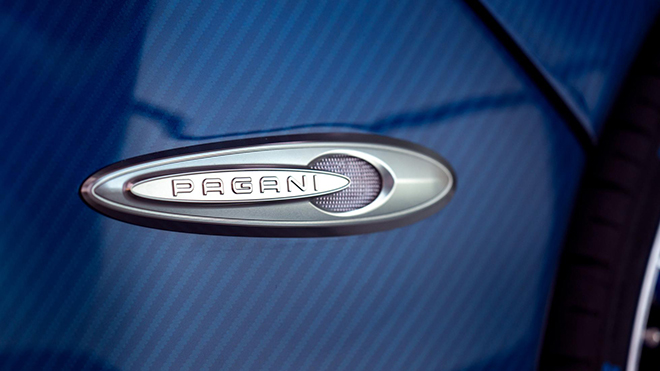 For Pagani, the devil is in the details. On the inside, a regal blue and cream combination with tartan accents and a part-wood wheel.  It weighs relatively light at 1,250 kg, which compliments the nearly 800 horsepower that is out to kill.

The Rolls-Royce Sweptail now falls behind from its reign last year at US$13 million and it is no wonder, because Horacio Pagani would have never taken it lying down. Only three of the supercars exist, including Pagani’s very own, and the other two have already been pre-sold.