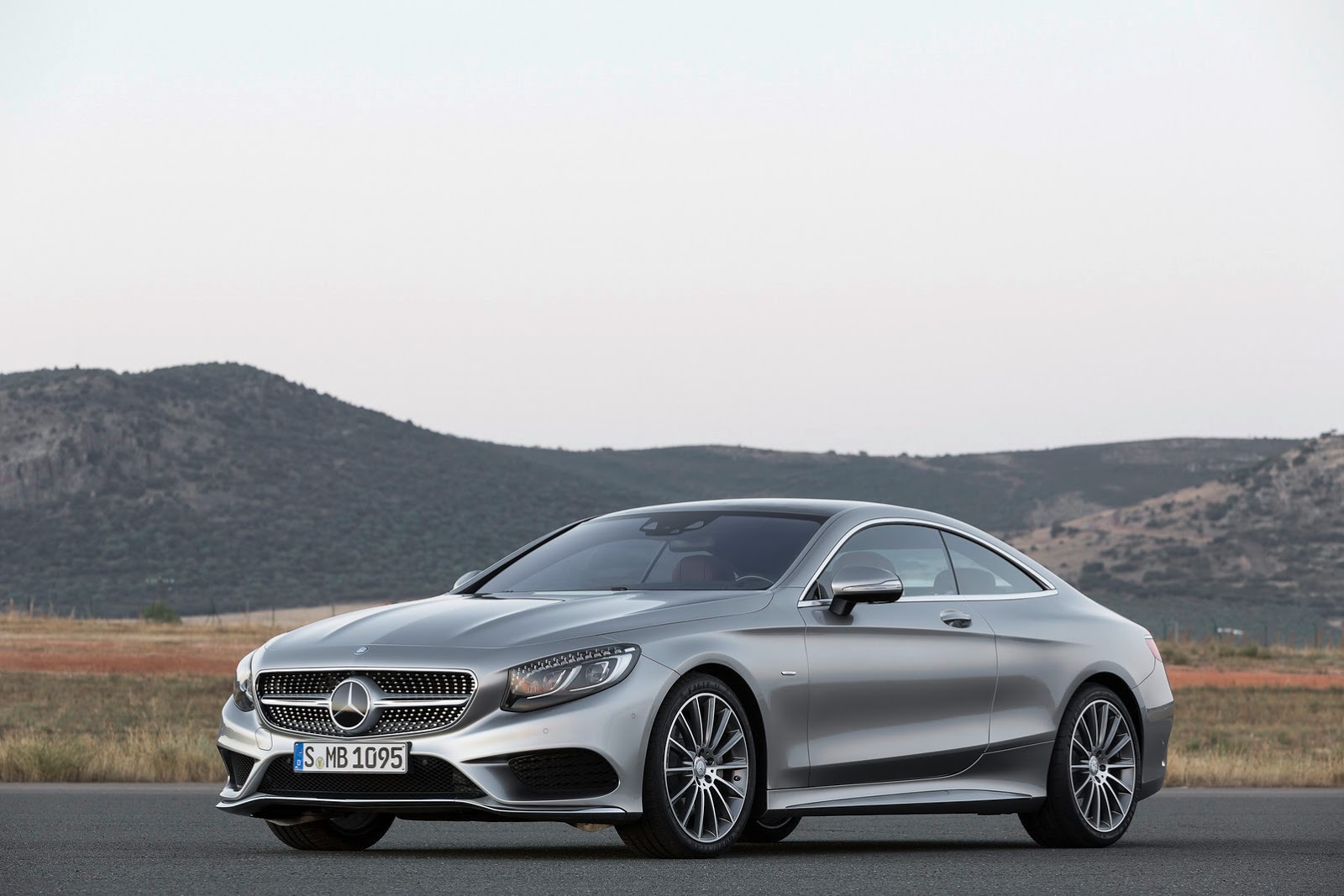 What seemed like nothing more than a promising luxury sports concept vehicle at September’s Frankfurt Motor Show will be launching as a fully fledged production car at the Geneva Motor Show this March. Under the hood power and performance are derived from a 4.6-liter V8 biturbo engine, good for 455hp and immense levels of torque. Keeping the car’s occupants completely cossetted no matter how tricky the driving gets is a new ‘curve tilting function’, a world-first in a production car.

It means that the S-Class Coupé actively leans into bends, which not only improve the driving line but also dramatically reduces lateral acceleration and the g-force felt by those traveling in the car. This new feature is an addition to the Magic Body Control — essentially a suspension system with eyes — that debuted on the sedan version of the S-Class. It monitors the road ahead and automatically adjusts the ride and shock absorber settings to suit ahead of time. Other features aimed at comfort and affability include a reworked, curving instrument panel and dashboard fascia that uses TFT screens rather than dials and buttons and the inclusion of a panoramic glass roof. Mercedes will be taking the wraps off the S-Class Coupé March 6 at the Geneva Motor Show. A price or release date is yet to be revealed.