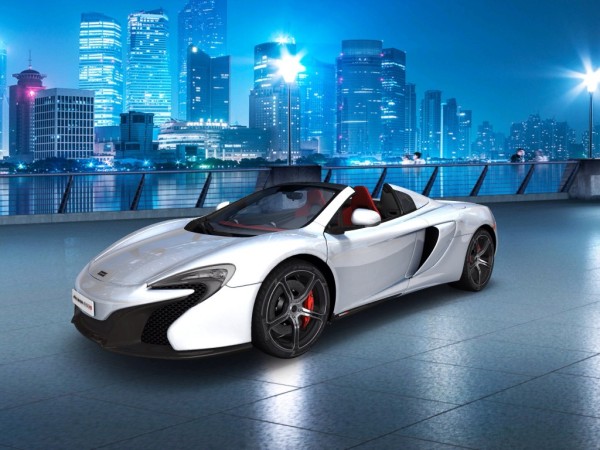 When the customization is complete, the car can be displayed in front of a host of specially selected backgrounds, such as the bright lights of Times Square, the marina at Monaco or, of course, the user’s own driveway. Of course, once you’ve set the McLaren 650S into your desired scene, you get to share it on McLaren’s social media profiles at Facebook and Twitter.

The British supercar company reportedly will select the best user submissions to be featured on the official McLaren website. Increasing the range of customization options available while simplifying the process of taking an already exclusive car and making it even more so is set to be a standout automotive trend in 2014.

Both Aston Martin and Lamborghini have used their stands at this year’s Geneva Motor Show to highlight their burgeoning customization services including concepts for physical ‘stores’ where clients can come to work with craftsmen in order to add a bespoke touch to their supercars. The McLaren 650S Design Studio tablet app is available for iOS products through the Apple App Store and for Android devices through the app store and can be found by typing in “McLaren 650S.”