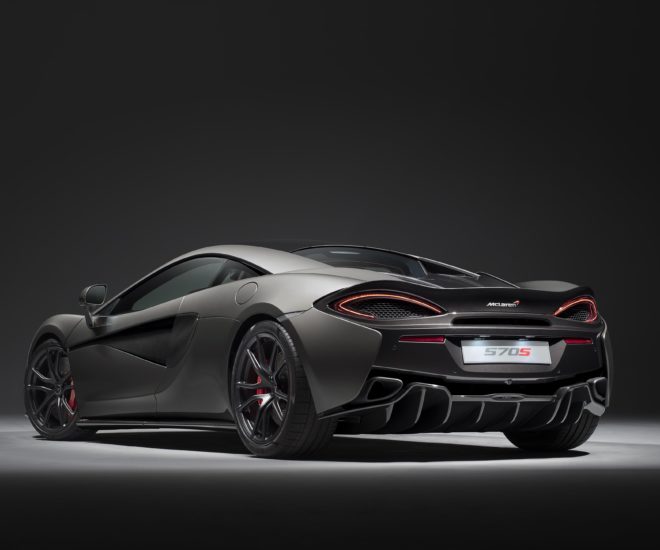 British supercar maker McLaren has announced a new £16,500 (equivalent to about $20,600) package of enhancements for the McLaren 570S, which will boost its on-circuit performance without diluting its everyday on-road capabilities.

The idea is simple. Why have a sportscar as a daily driver and another more focused car for track days and occasional racing when you can have one vehicle that offers the best of both worlds?

For a 12% premium on the standard McLaren 570S ticket price, owners can now get a set of enhancements that have been lifted from McLaren’s flagship P1 and 675LT models, including lightweight dashboard and carbon fiber seats, plus equally lightweight alloy wheels which shave an impressive 25kg off the standard car’s weight.

The Track Pack also brings better aerodynamics and much more downforce thanks to an extended rear wing, the effects of which will become obvious once the car hits the 150mph mark.

The final touch is the full telemetry pack so that drivers can get real-time lap and performance data in the cabin and of course store information about previous track days, while comparing results to those of other drivers around the same circuit.

The Track pack became available to specify from Tuesday, November 29 and the first cars with the extras will be delivered in early 2017.